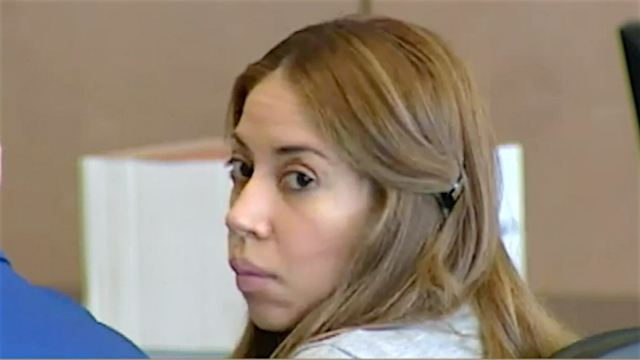 A Florida judge has ruled against Dalia Dippolito in her attempt to remain free as she appeals her conviction for plotting to have her husband Mike Dippolito killed in 2009. Dippolito was found guilty of solicitation to commit first-degree murder after arranging to pay someone to kill Mike, not realizing that the person she hired was an undercover officer. Making the story even more dramatic was that the arrest was caught on camera by the reality TV show “COPS.”

Dippolito was sentenced to 16 years in prison for her crime, but she is appealing the conviction. This was her third trial in this case. She successfully had a conviction in the first trial overturned, then the second trial ended in a hung jury, before she was convicted in the third trial. Dippolito’s attorneys tried to convince Judge Glenn Kelley to let her stay under house arrest for the duration of the appeals process.

Judge Kelley was not convinced, however, and at a Wednesday hearing, he denied Dippolito’s motion to remain out of prison, showing concern that she could try to flee, and calling some of her lawyers’ arguments “bordering on frivolous.”