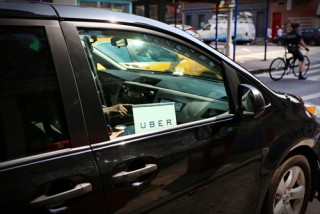 For late-night partiers, few apps have become more welcome than Uber. The ride-on-demand service is especially appreciated on New Year’s Eve – a night when hailing a cab can be nearly impossible. Experienced Uber passengers know that if we’re talking holidays, though, the price may be sky-high. Uber uses “surge pricing,” which jacks up the price of a ride during periods of high demand. Surge pricing is great for Uber, great for its drivers, not so great for passengers.

Uber’s pricing policy itself, as well as the way it establishes terms of service with users (typical “click here to proceed” type pop-ups), is the subject of ongoing litigation. In Meyer v. Kalanick, the plaintiff, Connecticut Uber passenger Spencer Meyer, alleges that Uber founder Travis Kalanick “orchestrated and participated in an antitrust conspiracy.” The case is before the Southern District of New York, while one issue is simultaneously on appeal before the Second Circuit. While the trial court begins to sift through discovery and other pretrial issues, the Second Circuit will decide whether the dispute ought to be before a court at all. Travis Kalanick argues that Uber’s terms of service require riders to submit to arbitration in lieu of litigation. The enforceability of so-called “clickwrap contracts” (those formed by clicking through mandatory screens while making online transactions) is an important legal issue with potential to affect a wide variety of e-commerce. Ultimately, if the Second Circuit agrees that Uber created an enforceable arbitration contract, we may never get an actual ruling on the surge-pricing issue.

Bottom line, 2017 may bring Uber’s surge-pricing to an end, but as the ball drops this New Year’s Eve, riders should prepare to pay plenty.