Is It Legal for Schools to Punish Students Over Walkouts? 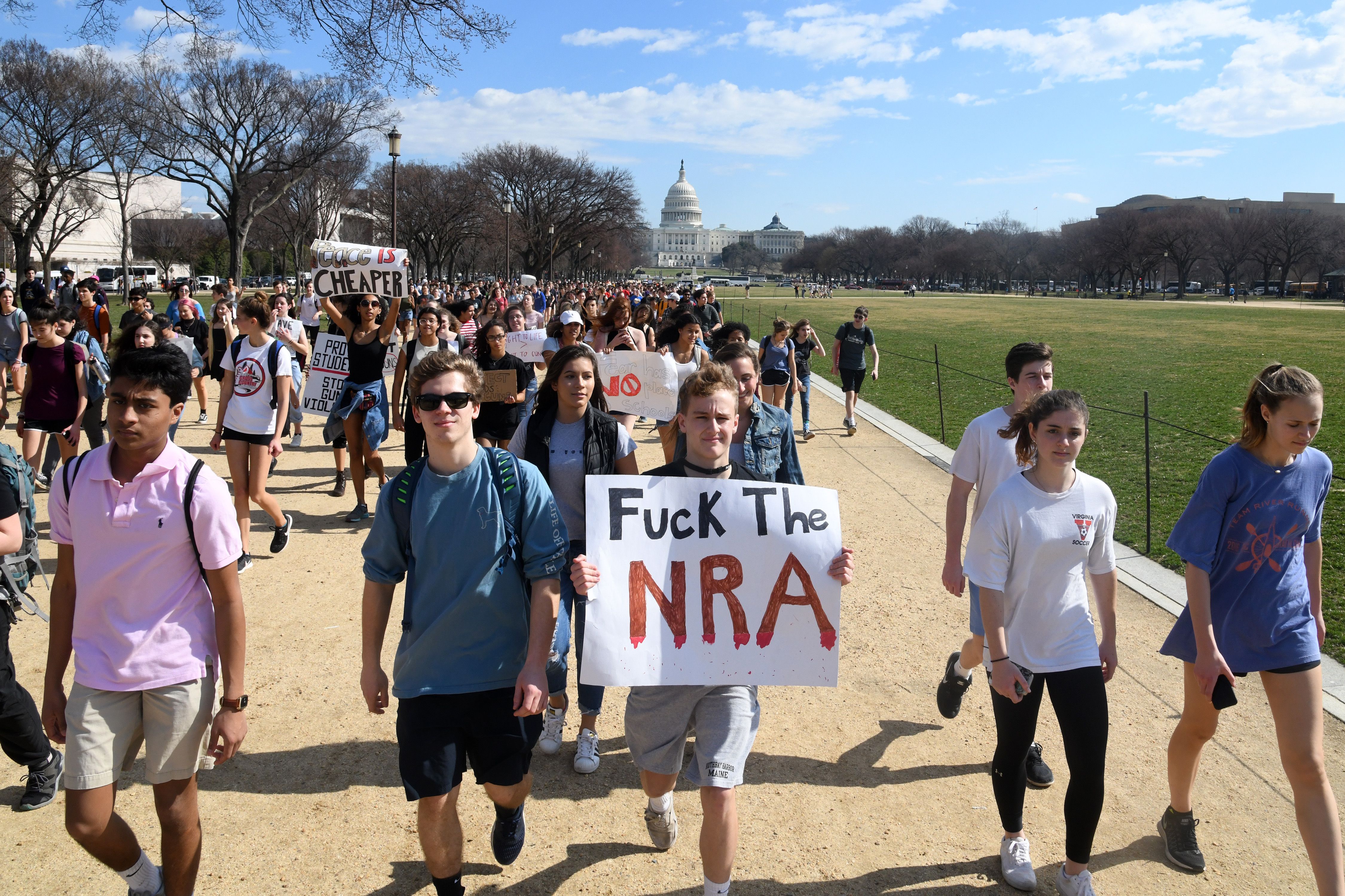 Students across the country are preparing for a nationwide school walkout Wednesday morning to protest America’s gun laws hoping for stricter policies, and to honor those lost in the recent school shooting in Parkland, Florida. While some schools are allowing students to participate, others  have reacted to the burgeoning movement with threats of suspension and other penalties.

What follows is a capsule summary of the legal regime surrounding student walkouts and political speech as they relate to the First Amendment of the U.S. Constitution–and what this means for would-be walkout participants.

To begin with, it’s important to understand that both school speech and curriculum concerns vis-à-vis the First Amendment are one of the most heavily litigated areas of law in the United States–and this has been true for most of the 20th Century. Recent Supreme Court decisions related to school speech have been far from conclusive–with the latest landmark decision being the 5-4 Morse v. Frederick ruling that was only able to command a bare majority of justices. Such uneasy jurisprudence suggests student free speech rights are likely to be a dynamic and fraught legal issue for some time to come.

The basic and overarching principle at work is still very much intact though. This concept is commonly referred to as “the Tinker standard” and is based on the 7-2 ruling in Tinker v. Des Moines Independent Community School District.

First Amendment rights, applied in light of the special characteristics of the school environment, are available to teachers and students. It can hardly be argued that either students or teachers shed their constitutional rights to freedom of speech or expression at the schoolhouse gate.

Never much of a body keen on free speech absolution, the Supreme Court left some room for regulating and suppressing student speech. To do such a thing, however, school administrators would have to show that the “forbidden conduct” would “materially and substantially interfere with the requirements of appropriate discipline in the operation of the school.”

Subsequent Supreme Court developments have somewhat limited Tinker’s authority on student speech rights. Bethel School District v. Fraser made it easier for schools to suppress speech viewed as sexually vulgar. Hazelwood School District v. Kuhlmeier made it okay for schools to censor student newspapers. The aforementioned Morse v. Frederick ruling made it easier for schools to apply the Bethel framework–thereby seriously diluting Tinker’s power–but again, the Morse decision may not be long for this world.

What does the overall legal framework described above portend for students planning to take part in nationwide walkouts during March and April? The answer is a bit complicated.

As Chip Gibbons, lead policy and legislative counsel for Defending Rights and Dissent (“DRAD”) noted in a conversation with Law&Crime, minors being sanctioned for taking part in walkouts wouldn’t “technically violate First Amendment jurisprudence,” but stressed that DRAD officially “supports the students right to engage in protest and opposes attempts to punish them for it.”

An official statement on student walkouts put out by DRAD on Wednesday reads, in part:

Unfortunately, some schools have opted to try to intimidate students into not protesting or retaliate against those that do. While some schools are merely treating students who walk out as having an unexcused absence, a Texas school district is reportedly threatening any student who walks out with a three day suspension–even if they have a note from a guardian approving of their absence. This is simply unacceptable.

The major takeaway here is that schools can almost certainly punish students for walking out of their classes–but not due to the content or message of their protests. In other words, schools, school districts and administrators can constitutionally punish students for being absent from class but not for the underlying expressive walkout itself. And, schools who do overreach on the issue are very likely to face opposition in the courts.

Punishing students for missing class is simply a regulation on student conduct–not on student speech. So, in a sense, the First Amendment isn’t really implicated at all. Such an understanding isn’t particularly controversial. In fact, this understanding of the law was the basis of the 2009 9th Circuit case of Corales v. Bennett.

Corales concerned a group of middle school students who walked out of their classes in order to participate in nationwide pro-immigrant protests in 2006. The students were severely disciplined and one of them committed suicide. The students’ parents sued on various grounds, including a First Amendment claim.

The court ruled against that First Amendment claim–not on the merits–but dismissed the claim entirely, noting:

[T]he school was entitled to enforce the rule against truancy even when the students sought to leave for expressive purposes. In this context, the Plaintiffs’ act of leaving campus was not a constitutionally-protected activity, and therefore, Plaintiffs do not satisfy the first prong of a First Amendment retaliation claim.

Therefore, the 9th Circuit’s decision really only affirmed one long-standing and obvious concept: schools can punish students for being truant. So, any students who take part in walkouts could very likely see themselves subject to constitutionally-acceptable punishment.

But there is a very positive takeaway for potential student-activists currently planning walkouts: the principle of appropriate punishment under the circumstances. Basically, though schools can punish student absenteeism and truancy, such punishments cannot materially differ due to the underlying reason for a student’s absence.

That’s the law–schools have the ability to punish students who are not attending class–and the motivation for it is irrelevant except to the extent that you can’t have a harsher punishment for students who miss school to engage in a protest compared to students who miss class to hang out with their buddies.

In fact, in some states–like Washington–suspension is explicitly not an acceptable form of “corrective action” that can lawfully be employed against students for unexcused absences. An exhaustive survey of state laws on this particular issue is limited by space and time constraints. But–bottom line here: check state and local laws or ask a civil liberties attorney in your area about whether suspension would be considered a proportionate punishment for unexcused absences.

Of course, suspensions after the fact aren’t likely the only obstacle student-activists will have to contend with as reactionaries become wise to the growing walkout plans and movement to upturn the nation’s firearm laws.

It’s entirely likely that many schools, school districts and administrators will attempt to place campuses on “lockdown” over the planned walkouts in order to crush the seeds of change before they grow. Such planned lockouts are also not likely implicated by a First Amendment analysis–but are likely to be in violation of local fire codes. If your school threatens or attempts to do such a thing simply over the prospect of unexcused absences en masse–immediately contact an attorney and the proper authorities.

Groups who are likely to have state-specific information or support for students include: state chapters of the ACLU, the Democratic Socialists of America Legal Working Group, and the National Lawyer’s Guild.