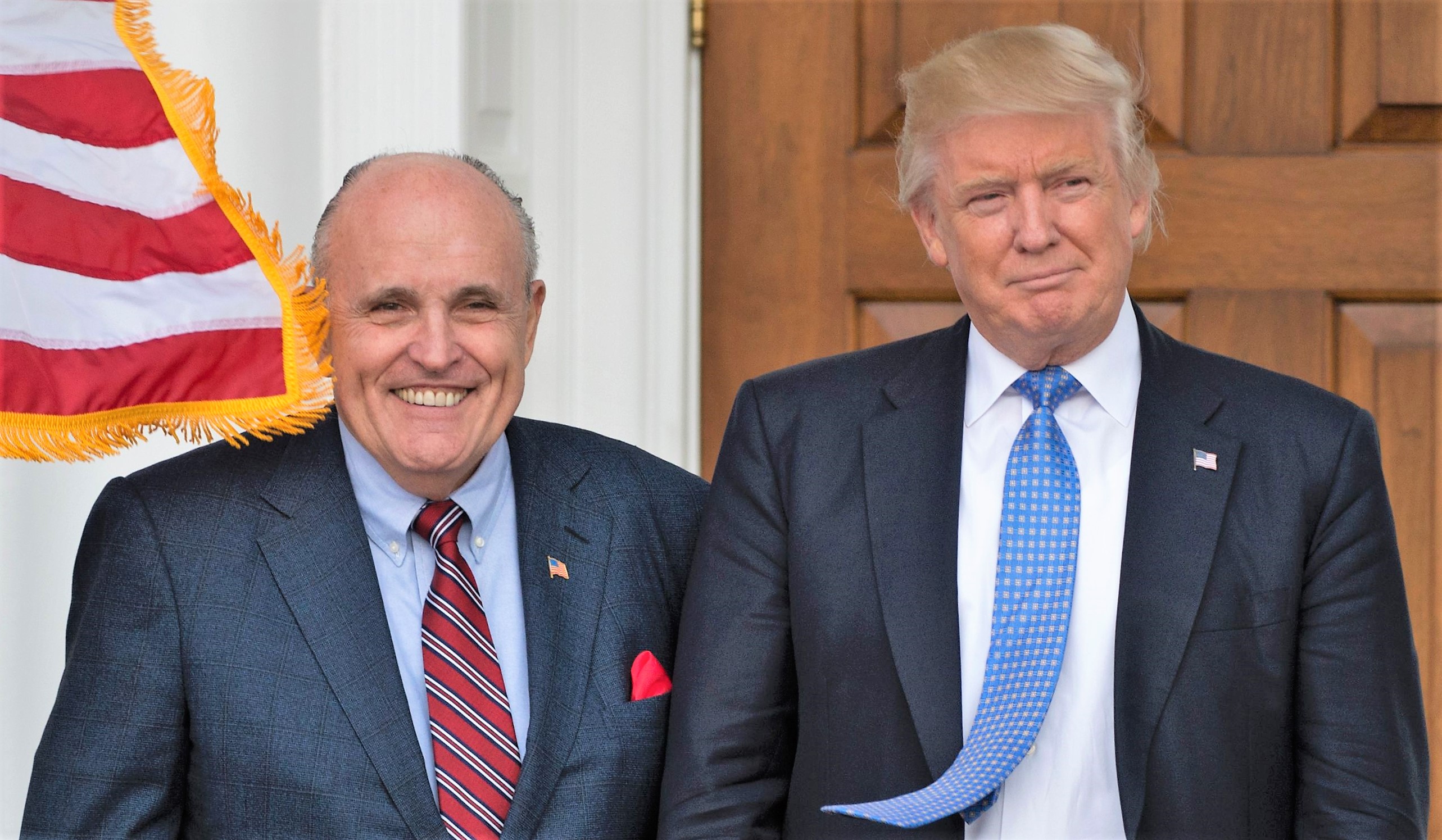 President Donald Trump has hired former New York City Mayor Rudy Giuliani to join his legal team. Giuliani is a former federal prosecutor. Even though Trump recently said he has too many lawyers, CNN’s Dana Bash might have provided some insight as to why Trump thinks he needs at least one more:

just talked to Giuliani who said his role on Trump team is limited. He worked with Mueller at DOJ & as NYC Mayor (Mueller at FBI) He hopes knowing Mueller can help bring the investigation to conclusion, saying it “needs a little push.” How soon? “maybe a couple of weeks”

Assuming Bash is accurately conveying and characterizing the comments of Giuliani, we are back to the same exact issue I analyzed recently involving ex-Trump attorney John Dowd:   in most states, it is an ethical violation for attorneys to suggest that their relationships with officials can wield influence to the benefit of their clients.

Giuliani’s CNN comments are otherwise described here, though that version is much more innocuous. So were these comments attributed to Giuliani in the Washington Post:

“I hope we can negotiate an end to this for the good of the country and because I have high regard for the president and for Bob Mueller.”

Assuming Dana Bash and others are correctly quoting Giuliani, his words can be interpreted two ways.

One way is to presume Giuliani was factually pointing out that he has worked with Mueller in the past and will continue to engage professionally with him through this representation as well. Attorneys aren’t just zealous advocates; they’re also officers of the court. Good attorneys know how to represent their clients without screaming matches, sneering rudeness, or acting like a**holes. There is nothing wrong with suggesting professionalism exists and will likely persist between opposing counsel during an adverse process. The Washington Post version of the piece suggests this interpretation.

The other way to read Giuliani’s comments — assuming Bash is explaining them accurately — is to presume he joined Trump’s team to curry favor with Mueller because he and Mueller have a special relationship. If that is what Giuliani meant, or if that’s how he is interpreting his job description from Trump, that’s a problem.

New York Rule of Professional Conduct 8.4(e) states that a lawyer shall not:

State or imply an ability:
(1) to influence improperly or upon irrelevant grounds any tribunal, legislative body or public official; or
(2) to achieve results using means that violate these Rules or other law.

The comments to the New York rule also state:

A lawyer harms the integrity of the law and the legal profession when the lawyer states or implies an ability to influence improperly any officer or agency of the executive, legislative or judicial branches of government.

Most, if not all, other states have similar prohibitions. The non-binding “model rules” published by the American Bar Association contain a prohibition similar to New York’s.

There’s a fine line at play. Clearly, all attorneys try to influence officials on behalf of a client; that is the attorney’s job as an advocate. It’s professional misconduct to improperly influence an official. For instance, an Oklahoma court applied Rule 8.4(e) to censure an attorney for discussing with his client the possibility of a bribe, even though the attorney said it was “bad timing” and never went through with it. That’s clearly bad, but the rule cuts further than just bribery. An Indiana court determined that an attorney violated Rule 8.4(e) when he dropped the names of several officials “to imply the ability to influence improperly” those officials “by claiming some influence due to friendships.”

New York appears to apply its Rule 8.4(e) in a drastically more narrow  than other states. A court which examined a myriad of matters against an attorney failed to discipline him for a statement about improperly influencing judges because it was “made in private conversation.” Apparently, in New York, where Giuliani is licensed, attorneys “are not subject to professional discipline” if comments about improper influence “were uttered outside the precincts of a court.”

In states which apply the rule more liberally, public reprimands and censures appear to be the most common punishments for Rule 8.4(e) violations alone. Those are slaps on the wrist. However, at least under the view of the majority of states, it’s troubling if — as Dana Bash insinuated — Giuliani thinks his presumed ‘street cred‘ with Mueller (rather than his knowledge or his skill) is going to be what wields influence for Donald Trump. It’s more troubling if Trump hired Giuliani because Trump thinks this is the way the law should work.