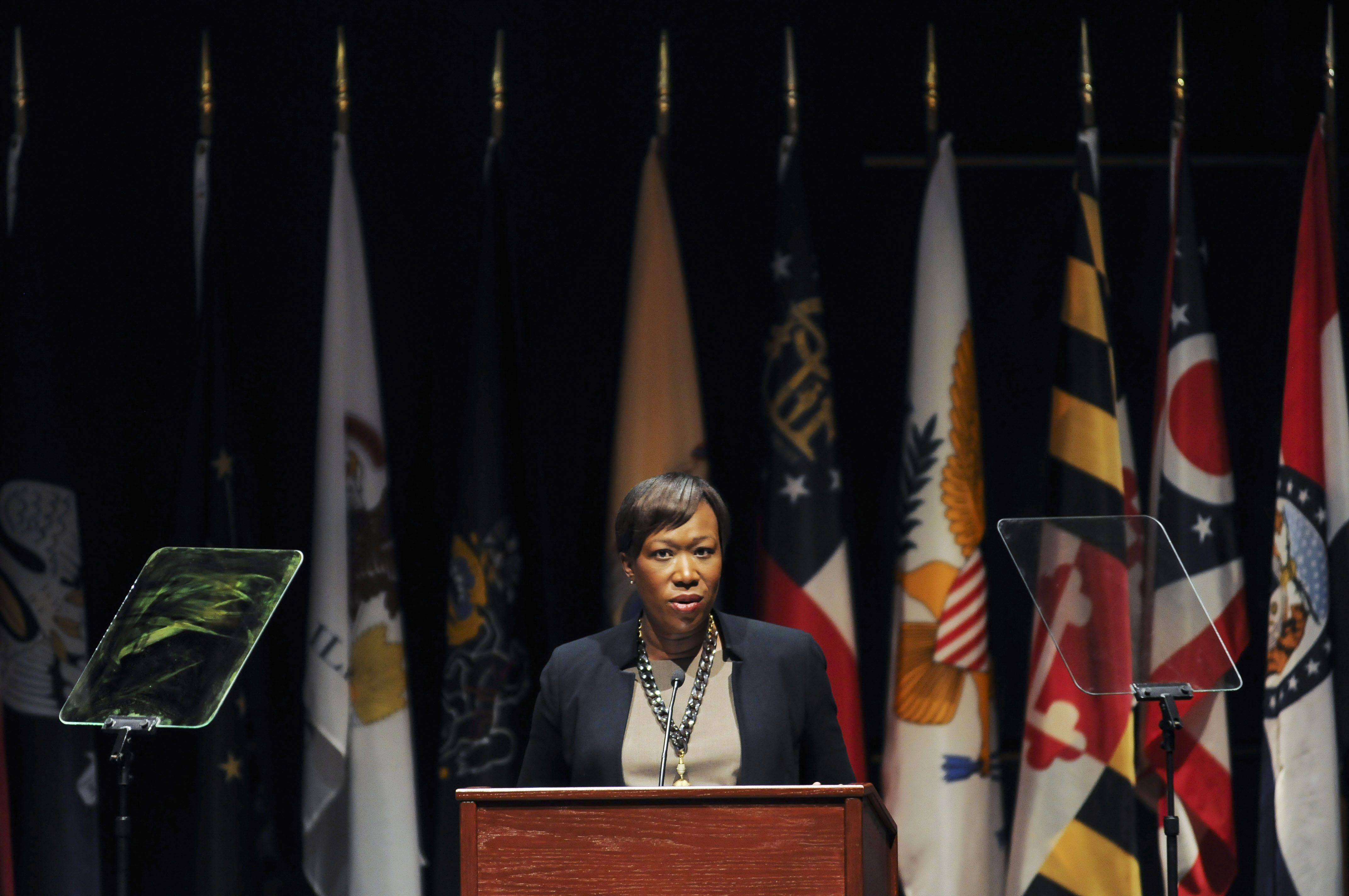 MSNBC personality Joy-Ann Reid appears to have changed her story about those homophobic blog posts. And with this sea change in Reid’s defense, there could be legal trouble ahead.

At first, Reid claimed she was hacked. That story completely fell apart when The Daily Beast–where Reid had her own column until it was suspended over those same posts–published a thorough dissection and dismissal of Reid’s claims.

In no uncertain terms, Kevin Poulsen writes, “the evidence provided crumbles under scrutiny.” Citing to  alleged “evidence” obtained by Reid’s “cybersecurity expert,” Jonathan Nichols, Poulsen observes, “Blog posts that Nichols claimed do not appear on the Internet Archive are, in fact, there. The indicators of hacked posts don’t bear out.”

Throughout Poulsen’s piece, various of Nichols’ statements are walked back and Reid’s story is thoroughly undercut by actual data and evidence. Let’s underscore this next bit for Reid’s erstwhile defenders on Twitter and elsewhere:

Today Nichols says Reid and her team no longer believe the archive was hacked, and the Internet Archive has denied any such manipulation could have occurred.

I genuinely do not believe I wrote those hateful things because they are completely alien to me. But I can definitely understand, based on things I have tweeted and I have written in the past, why some people don’t believe me…I can only say that the person I am now is not the person I was then. I like to think I’ve gotten better as a person over time — that I’m still growing. That I’m not the same person I was 10, or five, or even one year ago. And I know that my goal is to try to be a better person, and a better ally.

What a difference a day or two makes. Except that in the interim–between Reid/MSNBC’s dogged insistence that hackers had somehow discovered time travel and Saturday morning’s Alberto Gonzales-inspired pseudo-apology–someone in Reid’s camp or at MSNBC got the FBI involved.

After Mediaite‘s Caleb Ecarma broke the story, Reid said she and Nichols “notified federal law enforcement officials of the breach.” On Wednesday, The Daily Beast confirmed that the FBI was looking into the claims. Reid’s attorney John H. Reichman said, “We have received confirmation the FBI has opened an investigation into potential criminal activities surrounding several online accounts, including personal email and blog accounts, belonging to Joy-Ann Reid.”

Reichman previously distinguished himself–in a December 2017 letter sent to Alphabet and the Internet Archive–by claiming that Reid could not have possibly written one of the disputed blog posts due to time constraints. Reichman’s argument was explored in an earlier piece for Law&Crime.

This argument also crumbled under scrutiny. To hear Reichman tell it, “Ms. Reid did not have the superhuman blogging skills,” necessary to write a two-sentence-long blog post within 70 minutes of writing her previous (undisputed) post. Let’s immediately reiterate: Reichman claims Reid could not have written a homophobic post within the span of one hour and 10 minutes. He also referred to this post as “lengthy.” Suffice it to say, this narrative probably underestimates Reid’s “superhuman blogging skills.”

So, buoyed by the failed Nichols attempt at cyber-expertise, and Reichman’s logical prowess, it appears an FBI report was filed. MSNBC quietly shopped around Nichols’ “research” to various media outlets and that farce would appear to be the basis for the FBI complaint. As of now, it’s unclear who among Reid’s team would have filed that complaint. None of Reid’s team are answering questions and the FBI does not comment on this sort of matter.

Over at Fox News, libertarianish former judge Andrew Napolitano seems to believe it was Reid herself–or possibly her lawyer–who contacted the FBI and filed the formal complaint. Law&Crime was unable to confirm who did because we have not heard back from Reid’s team or MSNBC after multiple attempts to reach them about this story.

(There is also the possibility that the FBI independently opened their investigation into Reid’s hacking claims, but we should all hope the FBI has much better things to do. In any event, it’s improbable.)

So, it almost certainly appears to be the case that Reid and/or MSNBC filed a report with the FBI–and many have suggested this report itself was false. Did they know they were relying on apparently false information when they filed it? Could this qualify as a false statement under 18 USC §1001?

Here, Reid could have relied upon the Nichols “research” for her own opinion about the once-disputed posts. If she did, that would seemingly defeat a finding that she (or whoever filed the complaint) “knowingly” made false statements to the FBI. But if Reid really did lie about the posts in the first place then she simply used Nichols as a conduit for those lies–and relying on Nichols to launder false accusations wouldn’t really work to Reid’s favor. This is an extremely fact-intensive inquiry–and one precisely suited for a federal investigator.

Additionally, the USAM notes, “A defendant is not relieved of the consequences of a material misrepresentation by lack of knowledge when the means of ascertaining truthfulness are available. In appropriate circumstances, the government may establish the defendant’s knowledge of falsity by proving that the defendant either knew the statement was false or acted with a conscious purpose to avoid learning the truth.”

Here, there’s a very good argument that Reid’s choices (like relying on Nichols) in allegedly attempting to ascertain the truth–again, if this is even what really happened–were actually keyed to obscure the truth. But if it turns out the hacking claims were as false as they appear and if Reid ever fully and eventually admits to their falsity, then any attempt to claim otherwise would be, well, just another misrepresentation.

There is one important caveat.

As noted by Adam H. Johnson, “If you read the lawyer’s statement it never specifies the hacking being investigated was in regards to the anti-gay posts. In fact it strangely does not; just makes vague references to hacking which she could very well have been, at some point, been a victim of.”

Until we see the actual report Reid and/or her people likely filed with the FBI, there’s no way to know for sure. But if Reid, Reichman, Nichols or anyone else at MSNBC did file a report with the FBI over the alleged (now disproven and abandoned) hacking claims viz. those homophobic blog posts, there could be legal trouble ahead.