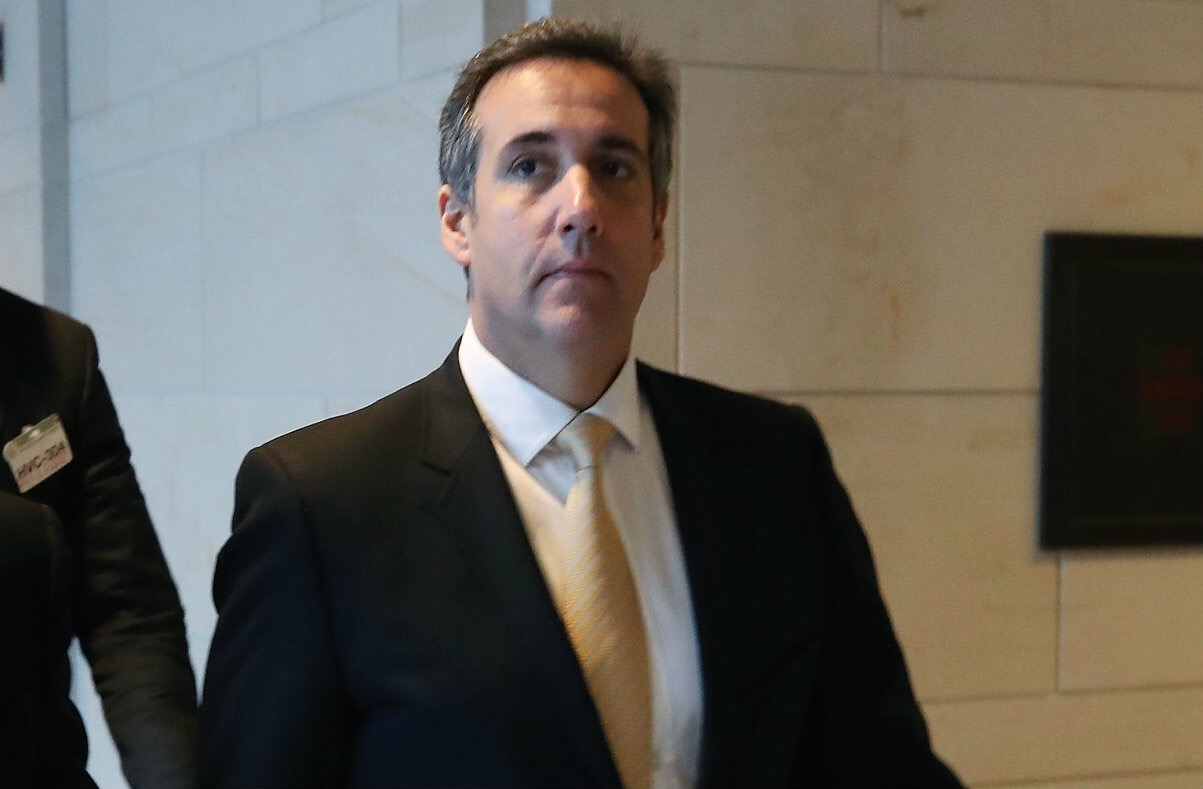 It’s another day, so the news has only gotten worse for Michael Cohen and President Donald Trump.

Reported by Mediaite Saturday afternoon, the “Trump-allied” National Enquirer has taken it upon themselves to load up for–and take–potshots against Cohen. Tamar Auber‘s report notes:

The tabloid has long had a reputation of serving as Trump’s media fixer, running salacious headlines such as “Hillary Framed Trump Family!” and “Proof! FBI Plot to Impeach Trump!” however, it is the first time it has turned on Trump’s legal fixer, Cohen.

As noted in Auber’s report, the Enquirer’s parent company, American Media Inc., is run by Trump’s longtime friend David Pecker. The New York Times catalogued the Pecker-Trump love affair in a piece last month. And Trump has personally spoken (tweeted) well of Pecker’s journalistic acumen–saying he should be the new CEO of Time Magazine.

If Pecker is letting loose on Cohen–and his team is, at least–then Trump probably knows about it. It’s even likely the details contained in the Enquirer’s front page hit piece on Cohen were sourced from people close to Trump. In other words: this volte-face from Pecker and his company was probably a decision from on high.

Going after one of Trump’s longest and best friends isn’t a decision a Trump-boosting outlet would take lightly. And this new anti-Cohen posture should be read less like the brittle pages of a tabloid and more like tea leaves suggesting Cohen and Trump are on the outs.

In real terms, this means Trump likely expects Cohen to flip–so he and his allies have turned on the fixer. Harsh words from pro-Trump media are likely to be well understood by Cohen, too: he just might be running out of friends.

As Law&Crime‘s Ronn Blitzer noted, the signs suggesting Cohen might flip are already there. Cohen has recently dropped two high-profile defamation cases and is mostly sticking to radio silence. Add this latest wrinkle to the list.

Of course, such a change in tone–from one of Trump’s biggest bulwarks against the middling murmurs in the check-out aisle–could just be an effort to sell papers with no regard for Cohen’s feelings. But that’s essentially still a form of abandonment–and Cohen’s likely to feel the pinch regardless.

Ears up for what, if anything, Cohen has to say in response to the Enquirer’s new editorial slant–but he probably won’t be talking to the press about it.