Aziz Ansari’s Apology Opens Him Up To Criminal Prosecution 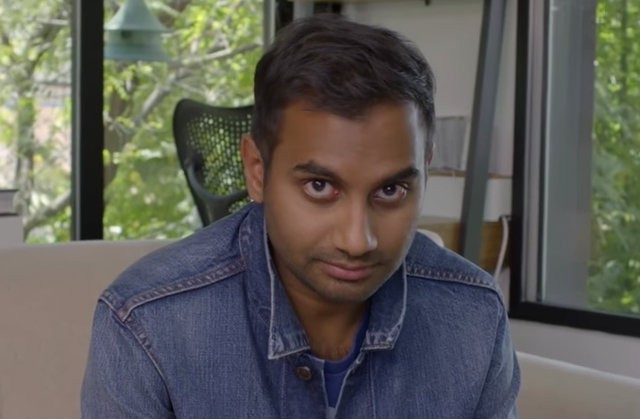 Aziz Ansari‘s apology for the recent sexual assault allegations leveled against him may have opened the actor up to criminal liability and prosecution.

In a January 14 piece titled, “Aziz Ansari Might Have Broken Law If ‘Bad Date’ Allegations Are True,” Law&Crime analyst Alberto Luperon explored two New York State statutes which could be used to charge Ansari with a crime–if the allegations contained in babe‘s write-up of the night in question are true.

And, specifically, if a would-be prosecutor could prove Ansari was aware his actions were performed without the woman’s consent. The following analysis takes stock of those two statutes in light of Ansari’s apology. Said apology does not really contest the details of the babe story. In fact, it reads more like an admission of guilt. That statement-apology, emailed to multiple media outlets, reads, in part:

In September of last year, I met a woman at a party. We exchanged numbers. We texted back and forth and eventually went on a date. We went out to dinner, and afterwards we ended up engaging in sexual activity, which by all indications was completely consensual. The next day, I got a text from her saying that although ‘it may have seemed okay,’ upon further reflection, she felt uncomfortable. It was true that everything did seem okay to me, so when I heard that it was not the case for her, I was surprised and concerned. I took her words to heart and responded privately after taking the time to process what she had said.

A close reading of this apology is instructive. Ansari writes, “we ended up engaging in sexual activity, which by all indications was completely consensual.” This is not the same as saying that the activity was consensual–Ansari is clearly somewhat perplexed himself here. He’s also not contesting the accusations by any means and appears to validate his accuser’s claim that what “seemed okay” actually wasn’t.

Additionally, Ansari validates the basic claims of sexual activity between the two in the larger context of an apology essentially admitting fault. Ansari has personally opened up–that is, admitted to–the possibility that the activity between himself and his accuser was non-consensual. The final sentence of the apology–“I took her words to heart”–could plausibly be read as: Ansari, in so many words, believes his accuser.

Now, let’s take a look at the statutes.

The second is Sexual Abuse In The Third Degree–contained at New York Penal Section 130.55. It reads:

The woman identified only as “Grace” noted at least two instances where Ansari’s behavior could quite plausibly fall under one or both statutes listed above. To quote from the babe article at length:

Ansari also physically pulled her hand towards his penis multiple times throughout the night, from the time he first kissed her on the countertop onward. “He probably moved my hand to his dick five to seven times,” she said. “He really kept doing it after I moved it away.”

But the main thing was that he wouldn’t let her move away from him. She compared the path they cut across his apartment to a football play. “It was 30 minutes of me getting up and moving and him following and sticking his fingers down my throat again. It was really repetitive. It felt like a fucking game.”

Let’s assume, for the moment, the quoted material is entirely accurate. Here, Ansari’s use of force–taking Grace’s hand–against Grace could easily constitute common law battery. On top of that, using force to move Grace’s hand to his penis–repeatedly–is a clear candidate for charges of sexual abuse in the third degree.

An odd contingent of people rushing to defend Ansari’s honor has sprouted up in the wake of Grace’s allegations–led by contrarian liberals at The Atlantic–but Grace’s accusations track almost exactly with what Roy Moore was accused of doing to Leigh Corfman. In a report on Moore, The Atlantic notes:

On a second encounter, [Corfman] said, [Moore] took off her pants and shirt and his own clothes, touched her over her bra and underwear, and guided her hand to touch his penis over his underwear.

Ansari’s alleged victim, who describes the encounter as sexual assault, is not underage, but the repeated forcing of a woman’s hand to a man’s penis–after she repeatedly withdrew her hand–reads close to a textbook example of non-consensual activity. The babe article also relays the following incident:

Halfway into the encounter, he led her from the couch to a different part of his apartment. He said he had to show her something. Then he brought her to a large mirror, bent her over and asked her again, “Where do you want me to fuck you? Do you want me to fuck you right here?” He rammed his penis against her ass while he said it, pantomiming intercourse.

Let’s assume, again, the truth of the quoted material.

By ramming his penis against Grace’s backside, Ansari would have clearly satisfied the requirements of both the forcible touching and sexual abuse statutes listed above. Grace’s backside would qualify as an intimate or sexual area under New York State law. Further, Ansari’s choice of bodily appendage–his penis–would likely be enough to show he forcefully touched Grace with the intention of “gratifying the actor’s sexual desire.”

And, similarly, by forcing his penis against Grace under the circumstances described above–after various prior revocations of sexual consent–Ansari’s behavior could easily be prosecuted as sexual abuse in the third degree. Admittedly, any case against Ansari could be somewhat muddied by Grace’s admissions of mutual oral sex, and a defense attorney would likely try to bring those facts into evidence but consent to one incident–or even multiple incidents–is not an open invitation for carte blanche with another person’s body. At this point, no charges have been filed against Ansari.