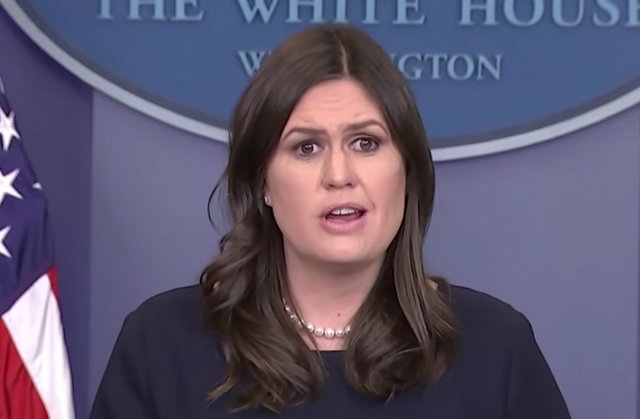 This story begins with a tweet, as many articles about the Trump administration do.

Alexa, we have a problem if my 2 year old can order a Batman toy by yelling “Batman!” over and over again into the Echo pic.twitter.com/7uF0d2fmD8

“Alexa, we have a problem if my 2 year old can order a Batman toy by yelling ‘Batman!’ over and over again into the Echo,” wrote White House Press Secretary Sarah Elizabeth Huckabee Sanders on Sunday. According to her, one of her kids accidentally ordered a nearly $80 Batman figure. This caught the eye of Walter Shaub, a Trump critic and former Director of the Office of Government Ethics. Boy, he did not like that Tweet. He said Huckabee’s actions set a bad example for others in the federal government.

I know this WH’s ethics office is next to useless, so here’s a rule of thumb for complying with 5 C.F.R. § 2635.702: Avoid discussing purchases from private companies on your govt account. Remember that, as the most visible face of the Admin, others in govt will follow your lead. https://t.co/apOwHqApBW

If you were a low-level staffer with no press duties in a big department, @PressSec, your boss might just stroll into your office and ask you to delete this. But you’re not that. Employees throughout govt look to you to set an example because tone from the top matters. Do better.

The White House did not immediately respond to a Law&Crime request for comment.

5 C.F.R. § 2635.702 stops federal employees from using their positions for private gain. For example, they cannot endorse products, or use their positions to get benefits.

Some other Trump administration officials violated the Hatch Act because of tweets from their accounts linked to their positions. That could be instructive in Sanders’ case: Her post was from @PressSec, and as of Monday the biography reads:

Shaub resigned from the OGE in July, critical of the Trump administration’s approach to ethics regulations. He now works as the senior director of ethics at the Campaign Legal Center, which describes itself as a nonpartisan election law watchdog.