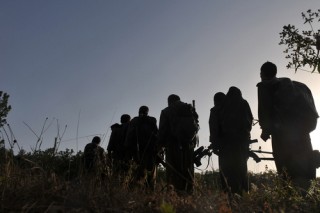 Today, top U.S. intelligence officials gave an ominous warning about a potential terrorist attack on U.S. soil this year. Officials said that ISIS is infiltrating refugees groups that are escaping from Iraq and Syria. This comes amid calls by dozens of states to bar refugees from gaining entry into the United States.

“[ISIS] will probably attempt to conduct additional attacks in Europe, and attempt to direct attacks on the U.S. homeland in 2016,” Lt. Gen. Vincent Stewart, the Director of the Defense Intelligence Agency, said during a congressional hearing as reported by CNN.

Director of National Intelligence James Clapper said ISIS and its eight branches were the No.1 terrorist threat. In addition, they report ISIS fighters have seized Syrian passport facilities so they can issue travel documents to members.

“The perceived success of attacks by homegrown violent extremists in Europe and North America, such as those in Chattanooga and San Bernardino, might motivate others to replicate opportunistic attacks with little or no warning, diminishing our ability to detect terrorist operation planning and readiness,” Clapper said during the hearing “ISIL (ISIS) involvement in homeland attack activity will probably continue to involve those who draw inspiration from the group’s highly sophisticated media without direct guidance from ISIL leadership.”