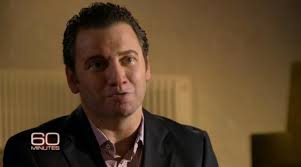 The days (and years) following his involvement in the successful 2011 raid that killed Osama Bin Laden have been anything but easy for former U.S. Navy SEAL Matt Bissonette.

The author of the bestselling book No Easy Day about his time serving in the SEAL Teams, including his own involvement in the Osama Bin Laden raid, is alleged to have kept an authorized photo of Bin Laden’s corpse on his personal computer, according to new report in The Intercept.

Bissonnette originally found himself on the radar of federal investigators from both DOJ and NCIS (the Navy’s criminal investigative unit) over allegations of wrongful handling and disclosure of classified material after he failed to get his book cleared by DOD prior to its release.

As part of a non-prosecution agreement negotiated with the government to resolve those issues, Bissonnette agreed to forfeit over a million dollars in proceeds from his book deal and turned over his computer hard drive containing the authorized photo of Bin Laden’s body. However, Bissonnette’s troubles did not end there.

According to the report, federal investigators’ subsequent review of that hard drive revealed information that now raises questions about Bissonnette’s actions as a consultant while still on active duty, including whether used his position as a procurement liaison for SEAL Team 6 to influence the awarding of lucrative government contracts to a private company with which he was affiliated.