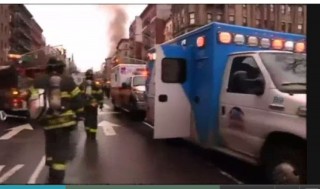 Five people will face criminal charges in connection with a gas explosion that destroyed three buildings and killed 2 people in New York City, according to NBC New York.  The explosion happened nearly a year ago in a East Village neighborhood. The explosion injured at least two dozen people, and killed Moises Locon and Nicholas Figueroa. Evidence recovered by police showed signs of physical tampering with gas lines, and the building owners are accused of siphoning off gas for at least one year. No word yet on who was charged. We are following this story closely at LawNewz.com. Stay with us for any updates.