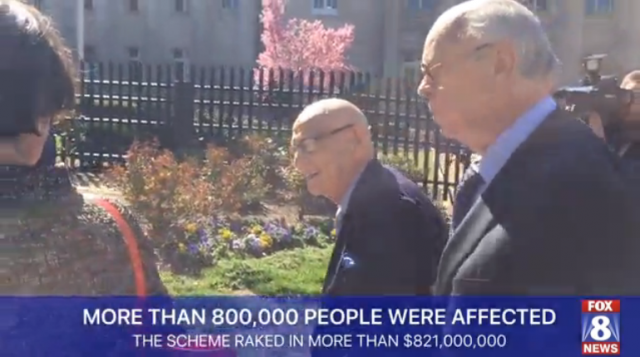 CHARLOTTE, N.C. (AP) — The founder of ZeekRewards has been sentenced to nearly 15 years behind bars for his lead role in an $850 million online Ponzi scheme that bilked nearly a million people in the U.S. and abroad.

Burks had been free on bond for the past 4 ½ years and could have been sentenced to up to 59 years under federal sentencing guidelines.

“While this sentence is much lower than called for by the sentencing guidelines, it is still a severe punishment, particularly given our client’s age and health,” said Noell Tin, one of Burks’ attorneys. An appeal of Burks’ July conviction is in the works, Tin said.

Burks owned ZeekRewards.com, a Lexington, North Carolina-based website which gave incentives for recruiting new investors to an online auction site Burks also ran called Zeekler. On that site, customers were charged up to $1 to bid for the chance to buy heavily discounted consumer products such as iPads.

The site made fanciful promises of 125 percent returns at a time when the economy limped out of the Great Recession.

The scheme would have needed a miracle on the order of “the loaves and the fishes” to make good on that pledge, Cogburn said.

Investments were capped at $10,000, but people could invest on behalf of their spouses, children or other relatives. Some mortgaged homes to raise their investment and almost 90 percent of the people who bought in to the operation lost money.

“The scheme got out of hand, more than Mr. Burks may have thought was going to happen,” the judge said. “But anyone could have seen what was going to occur outside himself and his (marketing) cheerleaders.”