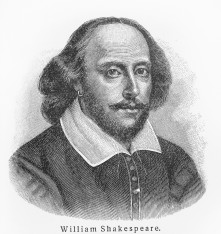 This time of year brings us to the end of another school year at major universities across the United States and the issue of the erosion of free speech on college campuses remains a hot topic.  On his Res Ipsa Loquitur blog, George Washington University law professor Jonathan Turley writes about the latest example of this troubling trend that can be found at the prestigious Yale University where some undergrads are seeking to abolish certain core English Literature requirements because some might find it to be oppressive to have to read white authors such as Shakespeare, Chaucer and Milton.

According to the Guardian newspaper, the university’s goal “is to provide all students with a generous introduction to abiding formal and thematic concerns of the English literary tradition.”  The university accomplishes this goal by requiring its English majors to dedicate two semesters to studying a selection of “major English poets,” including “Geoffrey Chaucer, Edmund Spenser, William Shakespeare, and John Donne in the fall; John Milton, Alexander Pope, William Wordsworth, and TS Eliot or another modern poet in the spring.”

Despite the long history and proven results to back up this type of educational system, some students apparently wish to view the matter through the lens of race and inequality.  The Yale Daily News reports a petition is circulating through the campus, calling on the English Department to “de-colonize” the curriculum to ensure students do not have to endure the harm created by “a year spent around a seminar table where the literary contributions of women, people of color, and queer folk are absent….”   Instead, these students want to curriculum refocused “to deliberately include literatures relating to race, sexuality, ableism, and ethnicity.”

What’s more, these student apparently even have faculty support like Jill Richards, an English Professor, who, according to Turley’s report,  said “it is unacceptable that the two-semester requirement for all majors routinely covers the work of eight white, male poets.”

Prof. Turley points out the rich irony in the approach of these students and others who wish to bring about change by stifling the rights of others , saying “after struggling to gain admission to Yale, students are seeking to dismantle a world-class educational tradition.”

That irony was probably missed, amid preparing for the latest campus outrage.