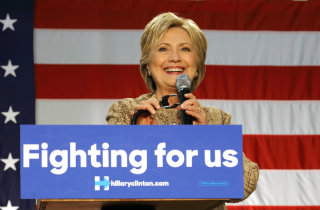 The Yale Record, founded in 1872, is America’s oldest college humor magazine. They are also a 501(c)3 organization, which mean they are tax exempt. That also means they must follow the IRS rules which say they can’t, for the most part, participate on behalf of any political campaigns or make political endorsements. Well, those smart satirists over at the Ivy League university found an apparent way around the rules. They published an editorial that “unendorsed” Hilary Clinton for President. And it was scathing.

In particular, we do not endorse Hillary Clinton’s exemplary leadership during her 30 years in the public eye. We do not support her impressive commitment to serving and improving this country—a commitment to which she has dedicated her entire professional career. Because of unambiguous tax law, we do not encourage you to support the most qualified presidential candidate in modern American history, nor do we encourage all citizens to shatter the glass ceiling once and for all by electing Secretary Clinton on November 8.

Slippery slope, slippery slope, Yale Record. This satirical editorial came after the Yale Daily News received some blowback after they endorsed “Hillary Clinton LAW ’73 for President.” The Daily Caller had a piece calling out the newspaper  “to have violated tax laws by endorsing Hillary Clinton on Wednesday, despite being prohibited from doing so as a tax-exempt 501(c)3 organization.”

The IRS specifically say that non profits could lose their tax exempt status “if any of the activities (whether or not substantial) of your organization consist of participating in, or intervening in, any political campaign on behalf of (or in opposition to) any candidate for public office, your organization will not qualify for tax-exempt status under section 501(c)(3).”