Witnesses: Bar Gunman Shouted ‘Get Out of My Country’ 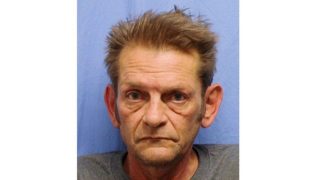 OLATHE, Kan. (AP) — Witnesses said a man accused of opening fire in a crowded bar yelled at two Indian men to “get out of my country” before pulling the trigger in an attack that killed one of the men and wounded the other, as well as a third man who tried to help.

Hours later, the suspect reportedly told a bartender in another town that he needed a place to hide because he had just killed two Middle Eastern men.

In India, the father of one of the wounded men called the attack a hate crime, but authorities on Friday declined to discuss a motive as they investigated the shooting. The attack stoked fears about the nation’s treatment of immigrants, who feel targeted by President Donald Trump’s promises to ban certain travelers, build a wall along the Mexico border and put “America first.”

Adam Purinton, 51, was charged with murder and attempted murder in the Wednesday night shooting in the Kansas City suburb of Olathe.

A bartender at Austins Bar and Grill said Purinton used racial slurs before firing. He was taken into custody about five hours later after speaking with a bartender at an Applebee’s some 70 miles away in Clinton, Missouri.

The Kansas City Star reported Purinton’s comments to the bartender. The paper did not cite its sources.

The men who were shot were identified as Srinivas Kuchibhotla, 32, who died at a hospital, and 32-year-old Alok Madasani and 24-year-old Ian Grillot, who were hospitalized, police said.

Madasani was released from the hospital Thursday.

The LinkedIn accounts for Kuchibhotla and Madasani describe them as engineers for GPS device-maker Garmin, which has its main campus just a mile from the scene of the shooting. The company is one of the region’s best-known employers.

The Indian government said its diplomats would monitor the investigation in Kansas.

FBI spokesman Bridget Patton said the agency had no new information to release Friday. She said the FBI’s role is to work jointly with Olathe police to determine if a civil rights violation occurred.

Bartender Garret Bohnen told the Kansas City Star that Kuchibhotla and Madasani stopped at Austins for a drink once or twice a week. At the time of the attack, patrons were watching a college basketball game on television.

“From what I understand, when he was throwing racial slurs at the two gentlemen, Ian (Grillot) stood up for them,” Bohnen said. “We’re all proud of him.”

Witnesses also told the Star about Purinton’s yelling about leaving the country.

When the gunfire began, Grillot hid under a table until nine shots had been fired. Believing the suspect’s magazine was empty, he then chased the gunman in hopes of subduing him.

“I guess I miscounted with everything going on. And I got behind him, and he turned around and fired a round at me,” Grillot said Thursday from his hospital bed in a video from the University of Kansas Health System.

Grillot said the bullet went through his right hand and into his chest, just missing a major artery but fracturing a vertebra in his neck.

“Another half inch, I could be dead or never walk again,” said Grillot, who was wearing a neck brace. His injured hand remains immobilized.

He did not describe what led to the shooting, saying only that he felt compelled to intervene in the interest of humanity, “not about where he (the victim) was from or his ethnicity.”

“I was just doing what anyone should have done for another human being,” he said. Madasani visited him in the hospital, and they have become friends because of their shared ordeal.

“We’re definitely going to be spending a little time together,” Grillot said. “I don’t think it’s going to be at the bar, though. Maybe some grilling in the backyard with a beer or two.”

Purinton, who is jailed on $2 million bond, was moved Friday from Missouri to Kansas. Because he has not yet appeared in court, Purinton did not yet have an attorney formally assigned. His first court appearance was scheduled for Monday.

Beverly Morris, who has lived next door to Purinton in Olathe for about 20 years, said he never made her feel unsafe.

“He seemed like a good guy,” Morris said, but “anybody who knew him knew he had a drinking problem.”

“We want to present the best case possible and separate fact from fiction for the benefit of the victims and the community,” he said.

In India, the attack shock waves through the hometowns of the two Indian men.

The Indian government said Kuchibhotla was from the southern state of Telangana, and his body was to be transported to the capital city of Hyderabad, where his family lives.

Mourners poured into Hyderabad. His parents were unable to talk after receiving word of his death. They have another son working in the United States.

This article was written by Jim Suhr from the AP.