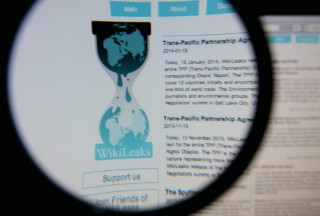 Conspiracy theories are nothing new when it comes to newsworthy events. But it’s not every day that the subject of the theory adds fodder after the rumor already started. When Seth Rich, a staff member for the Democratic National Committee, was killed on July 10 in what police are calling a possible attempted robbery, the internet started buzzing over what may have really happened.

The Washington Post reported that after Rich’s death, people posted theories that it was connected to the DNC and its recent troubles. Less than two weeks after Rich was shot in the back twice, WikiLeaks released 20,000 Committee emails that made waves resulting in the resignation of chairwoman Debbie Wasserman Schultz, and there were those who believed that perhaps Rich had something to do with WikiLeaks getting those emails. This is despite cybersecurity professionals believing that Russian actors were behind a recent hack of the DNC’s computer systems.

Pretty out there, right?

Then WikiLeaks offered a reward for anyone with information that could lead to a conviction in the case, and now people are believing the conspiracy theories.

ANNOUNCE: WikiLeaks has decided to issue a US$20k reward for information leading to conviction for the murder of DNC staffer Seth Rich.

WikiLeaks has not confirmed whether or not they had any connection to Rich before he died. Their editor, Julian Assange, said in a statement:

This should not be taken to imply that Seth Rich was a source to WikiLeaks or that his murder is connected to our publications. We hope our efforts will contribute to the family’s calls for information and to the separate reward issued by police. We have a history of obtaining information that has significantly contributed to many legal proceedings, including successful prosecutions.

Joel Rich, Seth’s father, told the Post that he appreciates the effort to help catch the killer, but not the sensationalism surrounding the case. “I hope the additional money helps find out who did this,”  he said, but added, “I don’t want to play WikiLeaks’ game.”

The DNC, who employed Seth Rich for two years, has not commented on WikiLeaks in connection with his death.

Assistant D.C. Police Chief Peter Newsham told the Post, “at this time we don’t have any information to suggest” that Rich’s death had anything to do with WikiLeaks. But he did say, “We are very pleased if anyone is going to assist us with the giving of reward money.”