Why Judge Garland’s Nomination is a Disappointment to Liberals 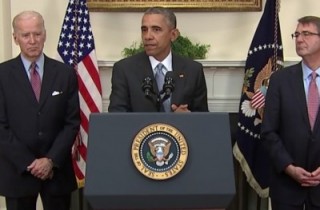 President Barack Obama is no stranger to making history. However, Obama’s nomination of Merrick Garland does little for progress, a lot for pragmatism, and nothing for firing up the Democratic base—regardless of whether Garland is ultimately appointed.

As a Constitutional law professor and scholar, it is clear that President Obama takes his Art. II, § 2 Appointments Clause duties seriously—and Garland’s nomination reflects his allegiance to that duty. Yet, it’s difficult to heap praise on the President’s pick knowing what’s at stake during the Supreme Court’s current term.

Garland, a white male, is a disappointment to many liberals and progressive advocacy groups from the perspective of diversity. The nomination of an older, white male is as vapid as it is pragmatic—especially after the President nominated two female justices and the Supreme Court’s first justice of Hispanic heritage, Sonya Sotomayor. While Judge Sri Srinivasan, a finalist, was considered moderate or center-left, slightly more liberal than Garland, he also would have at least brought more diversity to the Court as its first Asian-American justice. In a time of partisan politics and seminal Supreme Court cases, inherent ideology makes it hard not to say, “him?”

A judge like Jane Kelly would have been President Obama’s third female nominee in as many occasions—historic by any standard. Even better, a judge like Ketanji Brown Jackson, a potential liberal pick down the road, would have satisfied clamor for more diversity and progressive interpretation on the Court. Jackson would have been the first African-American woman on the Court and likely the most liberal judge considered by the White House.

For liberals, Garland is a give-and-take. As Ronn Blitzer of LawNewz.com wrote earlier today, Garland has veered to the right on criminal law issues, which is not surprising for someone with his law enforcement credentials, but has also shown favorability for gun-control. However, a 2010 examination of his decisions by Goldstein determined that “Judge Garland rarely votes in favor of criminal defendants’ appeals of their convictions.” Goldstein “identified only eight such published rulings,” during the 13 years Garland had then spent on the DC Circuit.

Another famous ruling that lends credence to Garland’s moderate reputation is Garland’s support for a 2003 opinion which held that the federal judiciary lacks the authority to “assert habeas corpus jurisdiction at the behest of an alien held at a military base leased from another nation, a military base outside the sovereignty of the United States.” In lay terms, the opinion effectively prohibited Guantanamo Bay detainees from seeking relief in civilian courts. A little over a year later, the Supreme Court reversed this decision in Rasul v. Bush. Each example is dissatisfying when you consider the historic opportunity President Obama had to swing the court to the left after years of a conservative majority put in place by Presidents George H.W. and George W. Bush.

While Merrick Garland’s nomination is far from sexy for liberals, he may just be a sacrificial lamb after all, according to LawNewz.com’s Rachel Stockman. If liberals want to feel disappointed about Garland’s nomination, that wouldn’t be without cause; but, hey, things could be a lot worse.