Why Did NBC News Sit on Explosive Story About Clinton’s Alleged Hacked Email Server For Weeks? 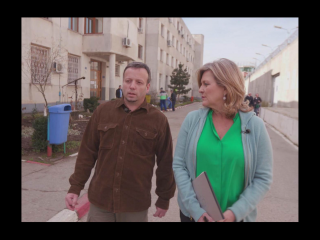 As LawNewz.com reported on Wednesday evening, NBC News was the second major news network to announce an upcoming interview with the notorious Romanian hacker Marcel Lehel Lazar, better known by the name “Guccifer.”

Lazar, whose actions led to the exposure of Hillary Clinton’s use of a private email server, was extradited to the United States in March.  He is alleged to have posted emails that were sent to then-Secretary of State Clinton on the internet, including correspondence from close Clinton family confidant Sidney Blumenthal. Lazar was extradited to the United States just as reports indicate that the FBI investigation into Clinton’s email server was in in full swing. Lazar is charged with wire fraud, cyberstalking, identify theft, unauthorized access to computers and obstruction of justice.

According to the NBC News press release, Lazar was interviewed by reporter Cynthia McFadden from a Bucharest prison, where he admitted to also hacking into Clinton’s private e-mail account.  Here is the transcript from the upcoming NBC interview special, On Assignment:

When Hillary Clinton says that her server is absolutely safe – you’re laughing.

It’s not safe at all.

As you can see from the transcript, Lazar is openly admitting to hacking Clinton’s private e-mail account.  The same private e-mail account where federal officials found over 2,000 e-mails that contained classified information, including at least 22 deemed to contain “Top Secret” information.  That is pretty explosive information. To note, Clinton’s campaign has already fired back, in a statement saying “There is absolutely no basis to believe the claims made by this criminal from his prison cell.”

Now, this is where things get a little strange.  As was noted earlier, NBC News says Lazar made these claims to McFadden during an interview in a Bucharest prison and we know Lazar was extradited to the United States on or about March 31, 2016.  So, it stands to reason that McFadden conducted the interview before he was extradited to the U.S. which means NBC News was sitting on these explosive claims for more than one month.  Which raises the question, why would a major news network sit on such an explosive allegation — especially when the claim directly relates to a presidential candidate and the biggest story the 2016 presidential election cycle?

Understandably, production on a special might take longer than usual — but given the story — networks have turned interviews around in mere minutes.

The delay cost them what would’ve been a huge exclusive, or at least seemed to prompt them to hurry and put something out as Fox News went with its own story and interview with Lazar late Wednesday. Fox News clearly did their interview with the hacker after he arrived in the United States. As they mentioned, they visited him in a Virginia jail.

We reached out to NBC News for clarification and a spokesman declined to comment at this time.