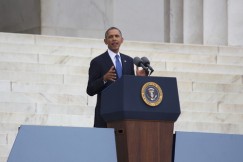 President Obama has vowed to nominate a successor to Justice Antonin Scalia, who died in his sleep of natural causes at the age of 79 on Saturday. While Senate Republicans have already pledged to obstruct any nomination, Obama will undoubtedly exercise his right and responsibility under Article II of the U.S. Constitution to nominate and fill a vacant seat on the Supreme Court.

Any White House administration is bound to have a short list of justices. LawNewz.com has compiled a list of the trending names for the next potential nominee to the highest court in the land. 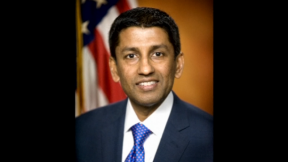 One name you might want to get used to hearing is Sri Srinivasan, according to Ian Millhiser, a Senior Fellow at the Center for American Progress Action Fund and the Editor of ThinkProgress Justice. The Indian-born judge for the United States Court of Appeals for the District of Columbia Circuit was confirmed to his current post by the U.S. Senate by a vote of 97-0. The Obama appointee received his Bachelor’s degree and a J.D./MBA from Stanford Law School and Stanford Graduate School of Business. Srinivasan was a law clerk for U.S. Supreme Court Associate Justice Sandra Day O’Connor and has argued 25 cases before the Supreme Court.

An intriguing name is Jane Kelly, a Harvard Law graduate and classmate of President Obama. Kelly, like Srinivasan, is an Obama appointee who was confirmed unanimously by the Senate. She currently serves on the 8th U.S. Circuit Court of Appeals. If Kelly was appointed, she would become the fourth female justice on the Court and the third female justice—joining Sonia Sotomayor and Elena Kagan—appointed by President Obama. 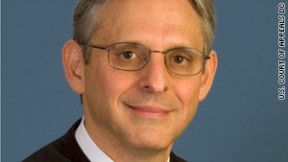 The chief judge of the D.C. Circuit Court of Appeals, Merrick Garland, is perceived as a moderate, the type of politically neutral judge the partisan battle over the next nominee is likely to require. The President Clinton appointee and Harvard Law graduate was widely considered to be a potential nominee by Obama following the retirement of Justice John Paul Stevens. However, it was Justice Elena Kagan who eventually succeeded Stevens. 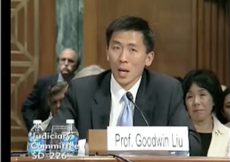 President Obama has not been shy about trying to achieve his campaign promises in the last year of his presidency. Though unlikely, Obama could nominate Goodwin Liu, an Associate Justice of the Supreme Court of California and Associate Dean and Professor of Law at the University of California, Berkeley School of Law. Liu, who Republicans consider a “left-wing ideologue,” was the victim of a Senate filibuster in 2011 for his perceived liberal views. Liu’s nomination to the Ninth Circuit was blocked after the 52-43 was eight votes short of the 60 needed to overcome the filibuster. The 40-year-old Taiwanese-American Rhodes Scholar previously clerked for Associate Justice Ruth Bader Ginsburg. 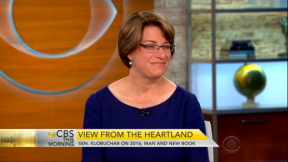 Another name floated around to replace Justice Scalia is Amy Klobuchar, a former prosecutor and the senior United States Senator from Minnesota. While Klobuchar is a member of the Minnesota Democratic-Farmer-Labor Party, an affiliate of the Democratic Party, her participation on the Senate Judiciary Committee may give her nomination more weight. If the Senate would be less likely to block one of their own, Kloubuchar could be a pragmatic pick for the Court.

Stay with LawNewz.com for more coverage on how Justice Scalia’s death will change the Court.