Where Was the Outrage When This Obama Official Violated Hatch Act (To Support Clinton)? 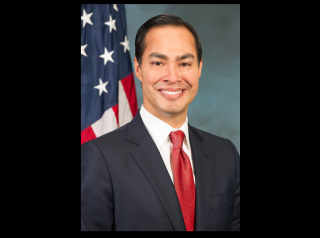 Since FBI Director James Comey‘s letter to Congress on Friday notifying them of newly discovered Clinton-related emails, the reaction has been fierce with Democrats immediately accusing Comey of overstepping his authority. Senate Democratic Leader Harry Reid fired off a letter accusing Comey of violating the Hatch Act. Many have since joined in with the same accusations. But, the crazy thing about this is just a few months ago, an Obama administration official was not only accused of violating the Hatch Act, he was actually found to have violated the law. What happened to this top official? Absolutely nothing. No one, including the President, seemed to care back then.

The Hatch Act generally prohibits federal employees from using their official authority “for the purpose of interfering with or affecting the result of an election.” There is much debate about whether or not the law would require Comey to have intentionally taken action to affect the results of the election. Clearly, it would be pretty hard to prove Comey made the disclosure for purely political reasons. Richard Painter, the former chief ethics lawyer in the George W. Bush White House and now a Clinton supporter, filed a complaint with the Office of Special Counsel and the Office of Government Ethics claiming a violation. He claims specific intent isn’t necessary. “The Hatch Act and ethics rules are violated if it is obvious that the official’s actions could influence the election,” Painter said.

Regardless of how you come down on the legal issue, what’s particularly interesting about this entire showdown is that in July, Housing and Urban Development (HUD) Secretary Julian Castro was actually found to have violated the Hatch Act — and not only did no one pay attention, he wasn’t even punished! The Housing and Urban Development (HUD) Secretary admitted that he made a mistake but also said he did not intend to break the law. He was let off the hook by President Obama.

As we reported in July, the U.S. Office of Special Counsel issued a report that found Castro violated the Hatch Act during a Yahoo interview with Katie Couric. According to the Office of Special Counsel, “Secretary Castro’s statements during the interview impermissibly mixed his personal political views with official agency business despite his efforts to clarify that some answers were being given in his personal capacity.” Federal employees are prohibited from making political remarks when using their official title or when speaking from their official capacity.  Castro made his statement in the HUD television studio with the HUD seal visible behind him.

“It is very clear that Hillary Clinton is the most experienced, thoughtful, and prepared candidate for President that we have this year,” Castro said during the interview with Couric. The Office of Special Counsel found that there was absolutely no question that this was a blatant violation of the Hatch Act. The agency forwarded the full report to President Obama, who chose not to take action.

My point is not to say that Obama should have taken disciplinary action against Castro. I’m also not saying that I think Comey will be found to have violated this particular law. His case is clearly less black and white when you compare it to Secretary Castro. My point is that if we are going to all of a sudden start strictly enforcing the Hatch Act, let’s make sure we are doing so in a fair manner, and not trying to dredge up this piece of law for political reasons. Especially when the circumstances in Comey’s case are far from clear cut.

This is an opinion piece. The views expressed in this article are those of this author.