‘What the Hell Was Comey Doing?’: Clinton Regrets Not Slamming Him ‘Hard’ Over Email Probe 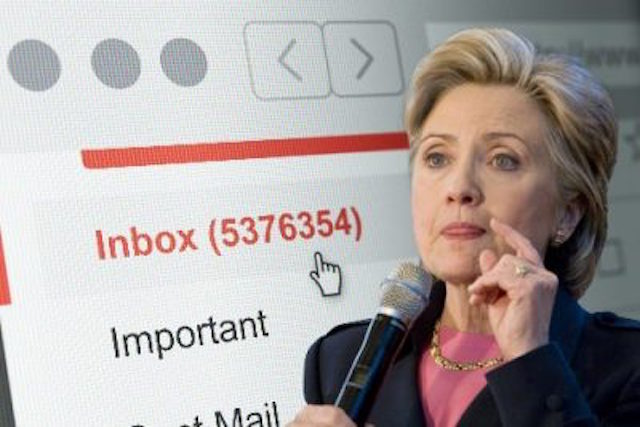 Hillary Clinton has a few regrets about the 2016 presidential election campaign; quite a few, in fact, that she feels compelled to mention. One of those regrets is how she responded to James Comey on the subject of her emails.

In What Happened?, a soon-to-be-released memoir of her loss, the former secretary of state recounts her campaign’s internal decision-making after the July 5, 2016 press conference where the former FBI director seemed to suggest the case against her was too thin to prosecute when he said, “our judgment is that no reasonable prosecutor would bring such a case.”

That part, according to the two-time losing presidential candidate, was fine. It certainly wasn’t an admission that Clinton and her people had done nothing wrong with the optics-poor and possibly-illegal use of a private email server, but it cleared the air and Clintonworld was pleased enough.

Another line in the statement issued that day was another thing entirely. Comey also said:

The phrase “extremely careless,” however apt, stuck in the candidate and former first lady’s craw and she wanted to go after Comey hard. In her sorrowful recounting of the campaign she writes:

My first instinct was that my campaign should hit back hard and explain to the public that Comey had badly overstepped his bounds—the same argument Rod Rosenstein would make months after the election. That might have blunted the political damage and made Comey think twice before breaking protocol again a few months later. My team raised concerns with that kind of confrontational approach. In the end, we decided it would be better to just let it go and try to move on. Looking back, that was a mistake.

What Clinton describes as an alleged breach of “protocol” is a reference to the infamous October 28, 2016 letter sent by Comey to Congress. That letter contained the following much-despised–in Clintonworld–and much-lauded–in Trumpland–line, “In connection with an unrelated case, the FBI has learned of the existence of emails that appear to be pertinent to the investigation.”

Clinton describes her reaction to the final Comey-produced nail in her political coffin:

Was this a bad joke? It had to be. The FBI wasn’t the Federal Bureau of IFs or Innuendos. Its job was to find out the facts. What the hell was Comey doing?

He was probably just doing his job. Or grandstanding. In any event, Comey was just being Comey. And Clinton, with her initial reluctance and calculation–and ultimate loss was just being Clinton.