What Happens If Pennsylvania Heads for a Recount 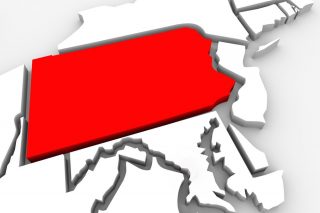 With nearly all votes accounted for, it appears that the state of Pennsylvania has gone to Donald Trump. The Keystone State’s 20 electoral votes were viewed as a potential difference-maker in the election, that looks to be going in Trump’s favor. But until every vote is counted, it may not be over. And even after all the votes are counted, it still might not be over. Depending on how close Pennsylvania is when 100% of the votes have been counted, there could just be a recount.

Pennsylvania state law says that a recount shall take place if “[a] candidate for a public office which appears on the ballot in every election district in this Commonwealth was defeated by one-half of a percent or less of the votes cast for the office.” It remains to be seen if the final tally will fall within that half of a percent margin.

Should that be the case, the Pennsylvania Secretary of the Commonwealth would “order a recount and recanvass to all county boards.” The recount would have to take place “by the third Wednesday following the day of the election” and would have to end “by noon on the following Tuesday.”