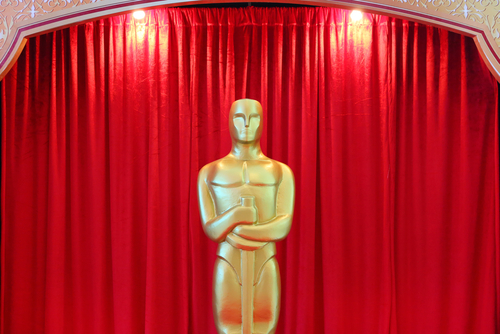 The Oscar voting process is a cloak-and-dagger operation. The awards are closely guarded by two individuals: a two-headed Cerberus of secrecy. No, not the presenters, or the producers, or even the Academy. So, who are they? Brian Cullinan and Martha La Torre Ruiz. Wait, who? No, they aren’t two young dark-horse thespians in an unknown indie art flick, they are the co-ballot leaders for PricewaterhouseCoopers (PwC), the accounting firm that oversees the balloting process on behalf of the Academy of Motion Picture Arts and Sciences—and has for the past 82 years.

LawNewz.com spoke with one of the two people in the world who knows the identity of the Oscar winners before the telecast, Brian Cullinan, Chairman of PwC’s US Board and Managing Partner of PwC’s Southern California, Arizona & Nevada Market, who helped break down the arcane balloting process. Unfortunately, he wouldn’t give us the scoop on who will bring home the the big wins—or if Leo DiCaprio will finally land that elusive Oscar—but we did get a pretty unique inside look into how the very secretive process works.

Who/What is the Academy?

The Academy is an organization comprised of about 6,200 members. These members are broken up into 17 different branches: cinematography, directing, acting, hair and makeup, etc. On Hollywood’s biggest night, 24 awards are bestowed among those 17 branches, some of which have more than one award.

How are the Films Nominated?

Okay, so it starts with the nomination phase. Films and individuals nominated for Sunday’s night ceremony must first meet the eligibility criteria set out by the Academy. Any eligible film or individual can be nominated and each branch is in charge of widdling down the nominees in their branch to a final group. In the fall, ballots go out to all the Academy’s members. A small team of PwC employees work the balloting process to determine the final nominees.

Once the final nominees have been announced, Academy members are able to vote in any and all categories of the Oscars.

The Academy provides its members with two ways to vote: by paper or by mail—members indicate which one they prefer. The electronic votes are essentially forwarded to PwC and the manual votes are mailed to PwC through their L.A. and London offices. As Cullinan told LawNewz.com, PwC then tables the paper and electronic votes, it’s done in a very manual way, “[w]e continue to operate manually, to have human interaction [in the process] for several reasons.”

The polls for final nominations are open for about a 1-2 week period and close on the Tuesday before the show at 5 PDT. From the moment the polls close on Tuesday, Brian, Martha and their team start counting ballots, and don’t conclude the process until the end of day on Friday, after three arduous days of counting, recounting, and then counting a few more times.

“We take a lot of steps to ensure the confidentiality of the results,” Cullinan assured LawNewz. Two of the more interesting steps taken by PwC involve card printing and an undisclosed location. You might be thinking, wouldn’t the card printing company know the winner? No, actually. While Cullinan confirmed the winning cards are printed by an outside company, the printer prints a card for every single nominee as if they had won. PwC then selects the final card from the group of nominees. The ballot counting process is also conducted in an undisclosed location.

As one might imagine, the pressure on Brian and Martha is immense and they take their vow of secrecy seriously. “No, we don’t tell our spouses. The winners are not written down anywhere. When we seal the envelopes they go to the red carpet. We memorize the 24 winners,” Cullinan said. He confirmed that the memorization is not without some back-and-forth, rapid fire quizzing with his results confidant.

The final envelopes opened by the presenters reside in an undisclosed and secure location. Brian and Martha pick up the results on Oscars day, well before the red carpet show. “Martha and I take different vehicles in an SUV secret with the LAPD and officer with a gun with you. We take different routes to the show. We double up to make sure we both get there, With L.A. traffic we have to prepare for the worst case, but we almost always both get there,” Cullinan told LawNewz.

In terms of continuity, both PwC and the Academy like continuity, and that’s why there have been just 14 people in the role of co-ballot leader since PwC began tabulating results 82 years ago. Cullinan is the 13th partner to take the role and Ruiz is the 14th. “Individually she and I are new, I’m in my third year, Martha is in her 2nd year,” he said.

The Lead-up to the Reveal:

“When we get to the Red Carpet we do a lot of interview for an hour or two before the show. I stand stage right, Martha stands stage left and so we stand backstage with the 24 envelopes, and probably three minutes before the presenter goes out there, we meet with them and hand them the envelope they need. So they are really seeing it for the the first time when they rip it open,” Cullinan said.

What Happens if There is a Tie?

Mr. Cullinan left LawNewz.com with a few interesting tidbits. “We’ve never had a Steve Harvey issue,” he said, referring to Harvey’s gaffe in which he announced the wrong name at the Miss Universe beauty pageant. He added that there’s never been a recount after the awards have been announced—so no Bush v. Gore drama here.

Interestingly, Cullinan said he doesn’t feel relief after the winners are announced. “I usually remind them [people] that we still have secrets, you never know who got second or how close it was. Some of those secrets are forever.”