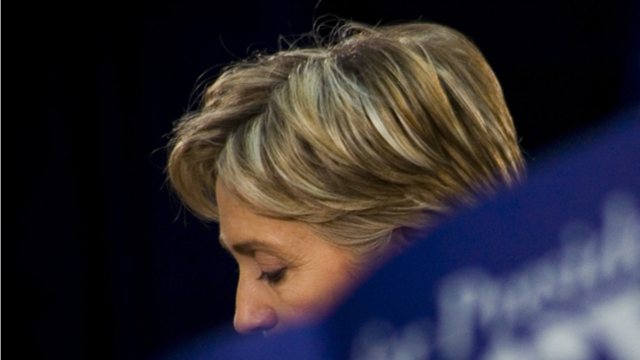 Judicial Watch, a self-professed “conservative” but “nonpartisan” group, on Friday released 78 pages of Hillary Clinton’s emails the group obtained through a Freedom of Information Act request. Though many pages of the emails are redacted, that’s the point:  the emails “reveal more instances of classified information on Hillary Clinton’s unsecure” personal email system, Judicial Watch said in a news release.

The group went so far as to claim that the emails prove that “Clinton had extensive knowledge of the operation and security issues with her [personal] non-State.gov email system.” A Law&Crime.com review of the emails suggests.many of those operational issues sound, either amusingly or frighteningly, like the sort of fumbling anyone would do when a piece of technology dies.

Among the exchanges are the following:

Justin Cooper (June 6, 2011, 12:03 p.m.):  A staffer responds that he can get her a new model and asks which one she’d prefer.  He says the BlackBerry server was down earlier, possibly causing the issue.  He adds:  “There is a way for me to move everything on to the new device but the security whizzes have convinced me that this is a horrible thing to do because you also transfer any viruses, spyware and junk overseas providers hide on there. We also have some new security features and polices that I would like to add to any new berry you have — the most noticeable difference will require a more complex password. It is a constant fight to keep up with the security measures and unfortunately we keep seeing reminders of why we need to.”

Cooper, according to Judicial Watch, was a aide to husband Bill Clinton who reportedly didn’t have security clearance. One of the messages asked Cooper to provide classified information to Bill Clinton, the group says. That message is now partially redacted on the belief that it contains “confidential” information, a medium level of classification, though the coding appears to have been added long after it was written or discussed by Clinton or her associates, probably as a result of the freedom of information request itself. The classification codes on the message state that the information is sealed because it was received from a foreign government, or because it relates to the foreign relations or activities of the United States, and because the information may have included confidential sources. However, the content of the message suggests that it surrounds a situation that played out on Twitter, Facebook, on an Embassy Web site, and on an Embassy press release — so it wouldn’t be horribly difficult for someone who tried to reverse-engineer it.

In another message uncovered by Judicial Watch, Hillary Clinton emailed classified information to Cooper to print. The group was unable to obtain much of the document because it is currently marked as classified.

Judicial Watch says the newly-released emails are part of a cache of 72,000 pages recovered by the FBI during its investigation into Clinton’s email server. A federal district court judge has ordered the State Department to process the remaining emails in that cache by September 28, 2018.