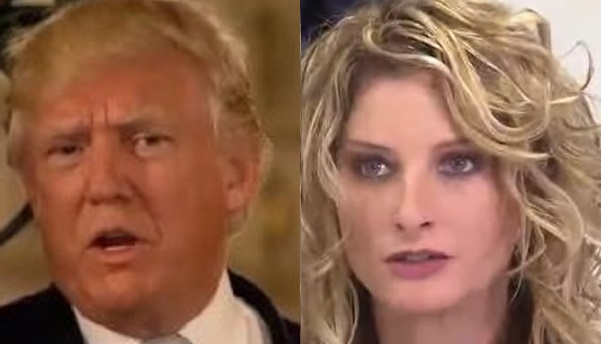 Update 3:28: Judge Schechter thanked both sides, said she would take their arguments into account, and concluded the hearing.

Update 3:23: Kasowitz argued, “There’s a very, very strong effort being made that this is not political speech.”

Kasowitz said it was “purely political speech,” as it occurred weeks before the election, and meant to damage Trump, so that voters could take into account her allegations and Trump’s denial when they went to the polls.

“She injected herself, she instigated a debate,” he said, claiming that Trump’s remarks in response to it was protected speech.

“Not that I’m aware of, Your Honor,” Kasowitz said.

Update 3:16: Wang closed by saying that Trump has not made a showing that Clinton v. Jones should not apply, and that Ms. Zervos’ case should go forward.

Update 3:13: Wang and Judge Schechter going back and forth over how California’s anti-SLAPP (Strategic Lawsuit Against Public Participation) law may apply. Kasowitz had argued in a filing that it bars this case. Wang said whether it’s a substantive or procedural law. Wang said it’s procedural, and that the New York court doesn’t have to adhere to the California law.

Update 3:03: Turning to the defamation issue, Wang said that saying that a report about a sexual abuse allegation was false is defamatory. She added that Trump didn’t just say that the report was false, he also accused the report of being motivated by a desire for Hillary Clinton to win November’s election. Judge Schechter asked if that statement was directed at Zervos, and Wang said yes, because it referred to her by implication.

Update 2:59: Wang noted that if the case is held off until after Trump is out of office, that could be seven years where evidence is lost.

Update 2:58: Judge Schechter and Wang discussed the issue of litigation interfering with the president’s schedule and ability to do his job. The judge asked if Zervos’ team would agree to videotaped depositions. Wang said yes, and that she would work out arrangement with Trump so as not to “intrude on his official duties.”

“By presiding over this case, would I be exercising direct control over the president?” Judge Schechter asked.

“No, you would not,” Wang answered.

Update 2:49 p..m.: Trump attorney Marc Kasowitz arguing that the Supremacy Clause of the Constitution prohibits state courts from controlling the president. He cites footnote 13 in Clinton v. Jones, which says that the Supreme Court’s decision allowing a sitting president to face litigation only applies to federal courts. Judge Jennifer Schechter asked if that means that as a state judge, she can’t hear a state case. “Not with respect to the president, your honor,” Kasowitz said.

Update – Dec. 5, 2:37 p.m.: The judge chose to allow only still photography at the last minute, not a live feed. We’ve changed the article to reflect this. Law&Crime will now provide live updates of the court hearing.

At 2:30 p.m. EST, lawyers for President Donald Trump will attempt to snuff Summer Zervos‘s defamation lawsuit against him. Both sides will fight it out in a Manhattan court.

documents and water waiting to get into the courtroom ahead of the Summer Zervos v Donald Trump defamation hearing in NY State Supreme Court pic.twitter.com/hoA7jncIjn

Trump’s lawyers will argue that a sitting U.S. president cannot be sued in state court. They even claim that Clinton v. Jones (the Supreme Court case that established that POTUSes can get sued for actions before they were president) only applies federal cases.

Zervos, a former contestant on The Apprentice had previously claimed Trump forcibly kissed and groped her in 2007. In response, he smacked talked her and his other alleged victims on the campaign trial, calling them liars, and promising to sue them after the election (he hasn’t). Hence, Zervos’ lawsuit, filed a few days before the January 20 inauguration.

Trump’s legal team has argued that his campaign statements were protected by The First Amendment:

The Statements — all of which were advanced during a heated political campaign to convince the public to vote for Mr. Trump, and many of which were published via Twitter –constitute non-actionable rhetoric and hyperbole that is protected by the First Amendment.