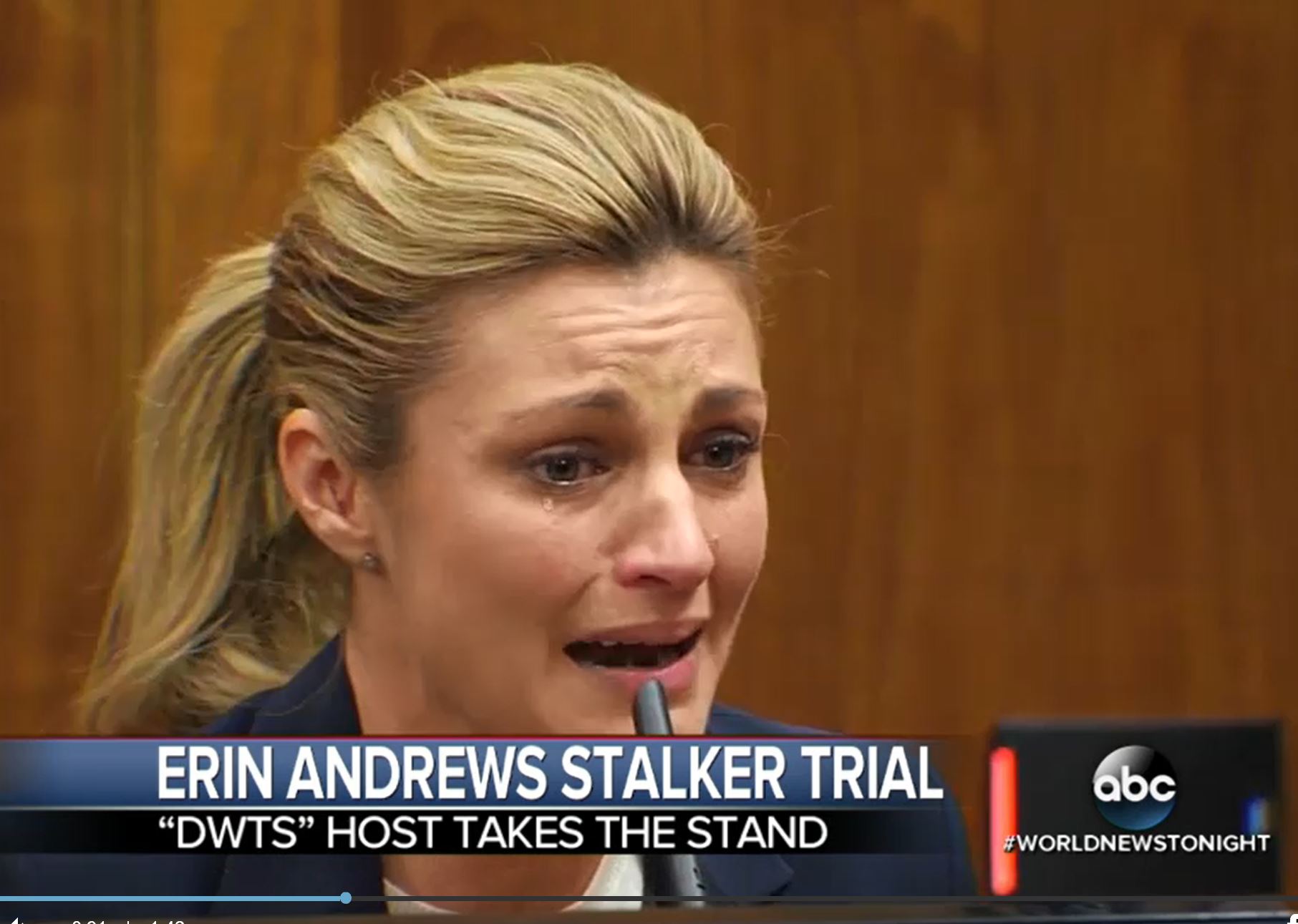 An emotional Erin Andrews testified Monday in the civil trial against Michael Barrett, the man who took video of her naked in a hotel room through the peephole of the door, and the Nashville hotel that gave him the room.

She tearfully described how people initially thought the video was a publicity stunt, saying that for three months after the images leaked, people thought she had staged the incident herself.

The case stems from a 2008 incident that happened at the Marriott at Vanderbilt University, in which a man videotaped Andrews changing in her hotel room. He then proceeded to post the naked videos on the internet. In addition to the suspect, Andrews made a $75 million claim against the hotel, saying that they negligently gave Michael David Barrett her room number and let him stay in the room next door.

WATCH LIVE testimony in the video below via WKRN. Testimony is expected to start up again later Tuesday morning. Stay with LawNewz.com for updates and continuing coverage of this case.