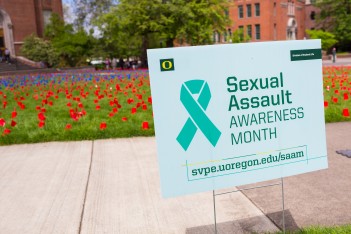 The Washington Post on Wednesday reported that it conducted a review of federal campus safety data from over 2,220 colleges in the United States that offer bachelor’s or advanced degrees.  The results of the newspaper’s analysis showed that over 1,300 those colleges had zero reported rapes on campus in 2014.  After having the controversial “one in five” or “one in four” college women are the victim’s of sexual assault stat drilled into our heads over the last several years, one might think the results of the The Post’s study are welcomed news.  Nope, at least not to The Post — in fact, the newspaper dedicates the remainder of the article explaining why its own study must be wrong.

It starts with the article’s headline:  “Hundreds of colleges had zero rape reports in 2014. And that could be worrisome.”

And continues on from there.

The article begins by noting that in 2014 California State University at Long Beach (probably better known by sports fans as Long Beach State) reported zero rapes, despite having a total student population over 36,000.

That could seem like a positive sign. But school officials aren’t boasting about it. They know sexual violence victims are often reluctant to step forward, and they want to hear more often from survivors.

The article then goes on to quote from the CSULB spokesman Mike Uhlenkamp who says the school will be working to change the culture on its campus because “zero does not really mean zero.”  Uhlenkamp adds, “We realize that under-reporting will happen. It is a fact based on the national data.”

Can you imagine the mayor of a major city coming out and downplaying a drop in the city’s crime stats, especially if it was in an important entertainment or stadium district?  Of course not.  So, what is behind CSULB’s thought process here?  Why are they downplaying what would be positive news in almost any other context?

Again, the “one in five” and “one in four” drumbeat plays a role.  So does the idea that there is an out of control “campus rape culture” across American college campuses.  Both have been repeated so many times that they are now an absolute truth to some.  But there is more at play, including organizations that exist to push these ideas and make sure those that do not fall in line are punished.

For example, The Post reaches out to Laura L. Dunn, founder and executive director of the advocacy group SurvJustice for comment on the paper’s findings about zero rapes.  Dunn says, “Any time you have a zero, it is not an indicator of safety. It is an indicator of comfort in reporting.”  Yet the paper makes no mention of Dunn’s own checkered past, including her role in the Rolling Stone rape hoax scandal.

But what is probably the largest reason school’s like CSULB are seemingly afraid (or even ashamed) that they had zero reported rapes is because of political pressure from Washington D.C.  Specifically, two Senators that have probably done more to anyone else to popularize the “campus rape culture” belief — Sen. Kirsten Gillibrand and Sen. Claire McCaskill.

Here is what Sen. Gillibrand said to The Post when told the results of the review:

Either they don’t have an adequate reporting system … or they know about the rapes and are putting them under the rug.

When more are reported, we have to see that as a good thing initially. Ideally, you want reports going up and incidents going down.

So, one U.S. Senator is accusing colleges of knowingly sweeping rapes “under the rug” with zero actual evidence, aside from her own preconceived notions of reality.  And the other, is making a bizarre statement about wanting to see reports going up and incidents going down.  But, again, her preconceived notion of reality seemingly prevents her from believing that there could actually be no incidents of rape to report.

That is not to say there isn’t a problem of rape on college campuses, or that rape victims are sometimes hesitant to come forward.  However, there is a problem with starting with an assumption and willfully disbelieving anything to the contrary.

Once you understand that type of thinking, it becomes easier to see why CSULB would go for the conformist, non-confrontational approach, or why the Washington Post would write an entire article trying to disprove its own findings.