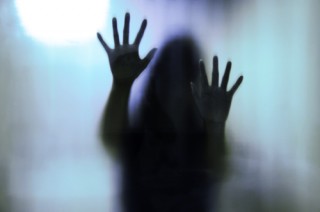 With the Brock Turner case still fresh in our minds, it’s a good time to pay some attention to how rape victims are being treated in other parts of the world. Today, a twenty-two year old rape victim who has been in jail in Qatar since mid-March was found guilty of public drunkenness and “illicit consensual fornication.”

The woman, a Dutch tourist called only “Laura” by sources, said that she attended a party at the Crystal Lounge nightclub at the W Doha hotel; Laura awoke some time later in an unfamiliar place, finding that her drink had been spiked, and that she’d been raped. She reported the rape to police, and was immediately imprisoned. Yes, I said imprisoned.

Under Qatari law, “anyone who copulates with a female above sixteen without compulsion, duress, or ruse, is convicted to no more than seven years in prison. The same penalty is also imposed on the female for her consent.” When Laura was prosecuted, the minor detail of her having been raped were not even mentioned in the courtroom. She was convicted for having sex outside a marital relationship. As a result of the conviction, Laura was given a one-year suspended sentence, three years probation, and a fine for the equivalent of $823 American dollars.  And if that’s not ludicrous enough, the judge said the judge described the sentence as “lenient”.

“Had she been a Muslim woman, she would have received at least five years in jail. No one can get out of such charges here in Qatar,” he said.

Najeeb al-Nuaimi, a Qatari lawyer familiar with the criminal prosecutions of this nature explained to Al Jazeera the bizarre truth in Qatar: a rape victim could easily be prosecuted for illicit sex, and factors such as the victim’s having been seen with her assaulter could result in a finding of fault for the woman.

As Americans, we see this kind of outcome as uncivilized, insensitive, and backward. The idea of prosecuting a rape victim for having illicit sex is repulsive. But is it really that far from what many do here in the U.S.? It’s a matter of degree, for sure – but the underlying concept is the same. Blame is blame is blame. Logically, imprisoning a woman for being a rape victim is the same as using her drunkenness as a mitigating factor at her attacker’s sentencing. Certainly, the degree of punishment is different, but both actions make the statement, “this rape is at least partially your fault.”

Memes such as this one: 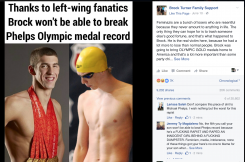 And Facebook Support pages for the Turner family like this show that while American victim-blaming isn’t as dramatic as the Qatari version, it still exists and is almost as loathsome.