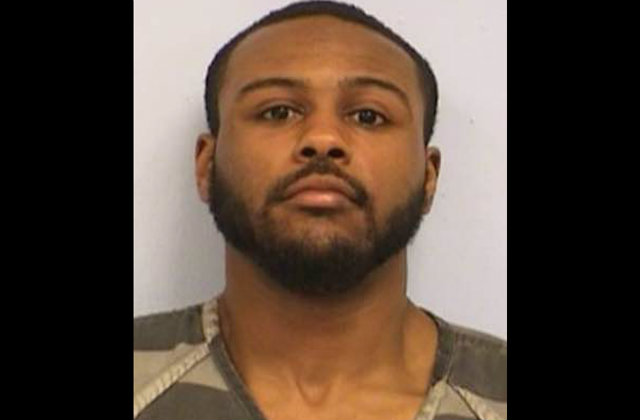 AUSTIN, Texas (AP) — It was the nightmare scenario that had been at the heart of the debate over Texas’ new law allowing concealed handguns on college campuses: a knife-wielding attacker stabbing and slashing his way through a crowd of panicked students.

But no gun-toting student or professor pulled a pistol to stop the man in his tracks. No shots were fired and no gun was even drawn until police swarmed in to subdue the suspect at the University of Texas, where one student was killed and three more wounded by a 21-year-old classmate with a knife and a reported history of mental health problems.

Texas’ new campus carry law was put to the ultimate test but provided no real conclusion — with both gun rights and gun control activists insisting Monday’s attack bolstered their argument that guns do or don’t belong at college.

“Had there been firearms added to that mix, it would have been far more disastrous,” said Susan Schorn, a writing instructor at the University of Texas who has been involved in the Gun-Free UT group that had lobbied against the campus carry law, which was approved by Texas’ Republican-controlled Legislature in 2015.

C.J. Grisham sees just the opposite. The founder of Open Carry Texas, which seeks to expand gun rights, said the campus carry law is still too restrictive. If more students were allowed to carry weapons, he argues, the stabber could have been stopped sooner, even if no one pulled a trigger.

“When you produce a handgun, it immediately stops the aggression, just showing it,” Grisham said. “Gun owners I know aren’t itching to shoot somebody. They want to defend themselves,”

According to police, Texas student Kendrex J. White used a large “Bowie-style” knife in an early-afternoon attack in the heart of campus.

Police say White walked into a tree-covered plaza of picnic tables outside a student activity center and fatally stabbed first-year student Harrison Brown, then worked his way through the crowd. Another victim was stabbed in the head at a picnic table. Another was struck while standing in line at a food truck. One witness described seeing White standing and waving his knife above his head as students fled.

White crossed the street and briefly made it into a dorm and classroom complex, where police say he was apprehended by officers who arrived within 90 seconds of the first emergency call.

University of Texas Police Chief David Carter said police believe White had a “mental health issue” and had been involuntarily committed a few weeks before the attack, but Carter did not elaborate. White, who has been charged with murder, told officers he didn’t remember the attack, according to court documents.

Texas is the most populous state to allow people to carry guns onto university campuses. Debate raged for years before the measure was approved, and the Austin campus was the focus of sometimes outlandish demonstrations and lawsuits. Some of the school’s key academic leaders chose to leave rather than allow guns in their classrooms.

Opponents protested by openly carrying sex toys to class. Supporters staged a mock shooting to demonstrate how an attacker with a gun could pick off multiple victims before police arrived. Three professors sued to block the law, but their case was dismissed.

Under the law, license holders must at least 21 years old (18 if in the military) to carry a gun onto campus, eliminating most of the nearly 50,000 students.

Grisham advocates allowing people to carry a gun just about anywhere without a license.

“All unlicensed carry does is even the playing field,” Grisham said.

Mia Carter, an associate English professor and one of the plaintiffs who unsuccessfully sued to block the law, argues that would have led to more bloodshed. She pointed to social media-fed rumors of other attacks near campus, including a reported stabbing that police later determined was false. Tensions at the university remained high even after White was arrested and classes were canceled for the day.

“People were posting rumors that the attacker was Muslim, that he was targeting fraternity members,” Carter said. With more guns, she said, “We could have had a terrible tragedy compounded.”