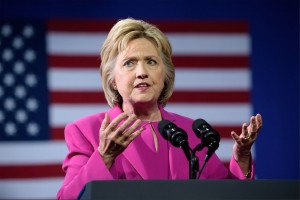 Responding to a court request from the conservative watchdog group Judicial Watch, the FBI released about 30 emails related to Benghazi that agents uncovered during their investigation into Clinton’s use of a private server.

However, far from providing fresh evidence for Clinton’s supporters and detractors, all but one of those messages is duplicative with emails that have already been released.

The sole previously unseen email from the newly released trove came from then-U.S. Ambassador to Brazil Thomas Shannon, writing to express his “great admiration” for Clinton’s handling of her testimony at a Senate inquiry in Jan. 2013, according to Politico.

“I watched with great admiration as she dealt with a tough and personally painful issue in a fair, candid and determined manner,” he wrote to then-State Department Chief of Staff Cheryl Mills, who forwarded the email to Clinton’s personal account. “I was especially impressed by her ability to turn aside the obvious efforts to politicize the events in Benghazi, reminding Americans of the tremendous sacrifice made by Chris Stevens and his colleagues but also insisting that our ability to play a positive role in the world and protect U.S. interests requires a willingness to take risks.”

.@brianefallon on this: “As we suspected, it appears these emails were almost entirely redundant.” https://t.co/rCNJn1ffhf