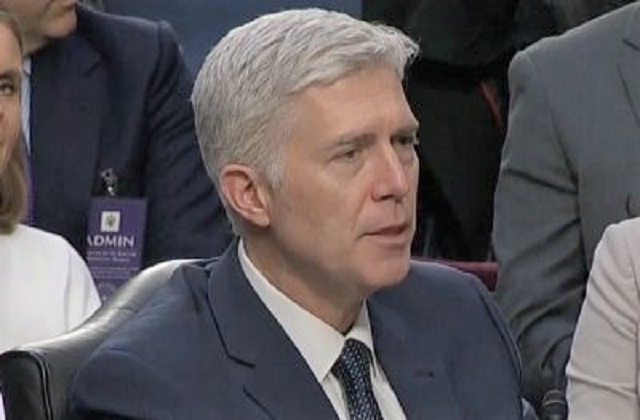 I enjoyed having dinner tonight at the home of Senator John Cornyn and his wife Sandy with our newest Supreme Court Justice, Neil Gorsuch, Transportation Secretary Chao and a few of my other Senate colleagues to talk about important issues facing our country.

Immediately, the internet went nuts, claiming that Gorsuch fraternizing with members of the legislative branch was a big no-no.

Why would a Supreme Court Justice attend to talk about issue?

I wouldn’t be bragging about seemingly co-opting a Supreme Court Justice. Not a good look.

Why was an impartial Supreme Court Justice having dinner with you?

Wtf? @Scotus justice Roberts needs to have a talk with him about ethics. 😳😥🇺🇸

But does this really break any rules?

The Code of Conduct for United States Judges prohibits judges (including Supreme Court Justices) from getting involved in political activity. The code specifies what that means, saying a judge shouldn’t “act as a leader or hold any office in a political organization,” give speeches for a candidate or political group, publicly endorse or oppose any candidate, raise or contribute funds to a campaign, or buy a ticket for (or even attend) an event sponsored by a candidate or political group.

Based on that, simply having dinner at a Senator’s home with lawmakers doesn’t appear to break any rules, even if their discussing political issues. The judiciary is and should be independent, but chatting about national affairs isn’t the same as getting involved in politics, at least according to the rules.