Tupac Shakur Died 20 Years Ago: Here’s What the FBI Knows About His Murder 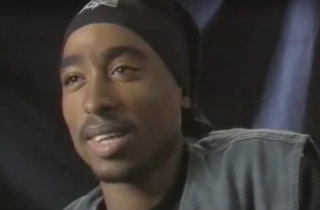 20 years ago today, rapper Tupac Shakur passed away at University Medical Center of Southern Nevada in Las Vegas, stemming from injuries sustained during a drive-by shooting six days earlier. The case has never been solved, which spawned a number of conspiracy theories, ranging from variations on Tupac still being alive to various ideas about who actually did it. They’re not always based on something authoritative, but there is some documentation that we can consult: The FBI’s case file for Tupac, which only found its way online recently.

The first lead that the FBI pursued stemmed from death threats that Tupac had been getting. A little over a month after Tupac’s death, the FBI linked the threats to similar issues that rapper Eazy E (who died of AIDS 18 months before Shakur’s murder) had been dealing with. However, it gets much more complicated than that, as the threats were part of a larger scheme, one that went a lot deeper than just finding whoever had been trying to scare the rappers.

The origin of the threats bumps off the page at you in all caps: The Bureau was trying “TO DETERMINE WHETHER THE EXTORTIONATE ACTIVITIES OF SUBJECT ARE IN FURTHERANCE OF THE SOCIAL AND/OR POLITICAL GOALS OF THE JEWISH DEFENSE LEAGUE.” The Jewish Defense League (JDL), for those not acquainted with it, is a far-right group that the FBI has referred to as a “a known violent extremist Jewish organization.”

Apparently, on September 11, 1996, after Tupac was shot but before he died, a confidential source had “reported that [a redacted organized crime figure],  JDL, and others yet unidentified have been extorting money from rap music stars via death threats.” As part of the scheme, some of the suspects would make death threats over the phone, only for their associates to “intercede by contacting the victim and offering protection for a ‘’fee.”

What did the the alleged faux protection racket consist of? “The victim and their family are taken to a ‘safe haven,’ usually a private estate, and are protected by gun-toting bodyguards” who had ties to the JDL. After the JDL operatives “convinced the victim they have worked a ‘deal’ out” with their nonexistent enemies, “the victim then pays the subjects for the protection services rendered and resume their normal lifestyle with no fear of further death threats.” The cost? $50,000.

Soon, the FBI started looking into whether or not the rivalry between record labels Death Row and Ruthless over talent jumping ship had anything to do with the threats. Unfortunately, that lead isn’t documented as well as the JDL part, and obviously, the Bureau couldn’t make any of it stick. After those theories,  the file becomes, for the most part, a collection of newspaper and magazine articles about Tupac.

It appears that the bureau took special interest in “The Takedown of Tupac,” a 1997  longform article for The New Yorker by Connie Bruck. The Los Angeles field office requested special permission to interview her…but that’s where the file ends. If they ever had the conversation, then it wasn’t documented, or the FBI is playing games, as the listing of deleted pages stops before the halfway point of the file.

Why is that the end? Just like with Tupac’s murder itself, there’s no explanation whatsoever.