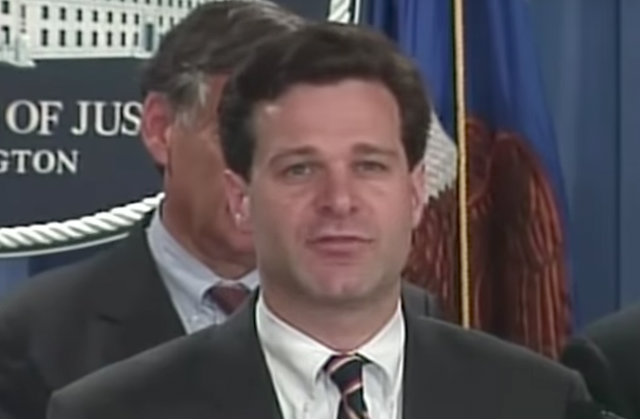 Christopher Wray, a private attorney and former federal prosecutor, has been nominated to lead the Federal Bureau of Investigation, but with a higher profile comes greater scrutiny. A new report from WNYC shows that he billed New Jersey taxpayers $2.1 million when working as Gov. Chris Christie‘s personal lawyer during the Bridgegate scandal.

Wray requested payment he and his team incurred for taxi rides, parking, meals, and $14,000 worth of plane trips. As an attorney for the law firm King & Spalding LLP, Wray worked an hourly rate of $340. The outlet learned about the bills all after obtaining documents from the state’s attorney general’s office. The Asbury Park Press first report that taxpayers funded Wray’s paycheck.

The investigation into Bridgegate–in which a traffic jam was orchestrated in retaliation against a Democratic mayor who didn’t endorse Christie–took out several people close to the governor. Former deputy chief of staff Bridget Anne Kelly and Port Authority of New York and New Jersey appointee Bill Baroni were sentenced in March to prison terms. They plan to appeal. Former Port Authority official David Wildstein also pleaded guilty, admitting his role in the incident.

Christie wasn’t charged in connection to Bridgegate, however. Attorney Randy Mastro was the head attorney representing him at the time, incurring costs of $11 million, WNYC said.

It’s less clear what Wray precisely did for the government, the outlet said. His involvement in the case only came about when a Christie spokesperson said that a cell phone, used by the government during Bridgegate, was in Wray’s hands. Kelly and Baroni failed to convince a court to make him hand it over.

Wrap worked as an Assistant Attorney General for the DOJ’s Criminal Division from 2003 to 2005 under President George W. Bush, and joined King & Spalding after he left government.

[Screengrab of Wray in the mid-2000s via Fox Business]