Why President Trump Won’t Be Indicted For Obstruction of Justice 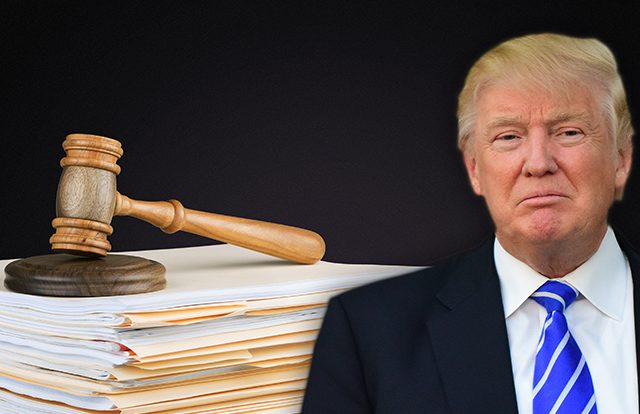 For the last few days, every media pundit and personality has debated and analyzed reports that President Donald Trump is being investigated by the FBI for obstruction of justice. Trump pretty much confirmed the probe during a weekend tweet, despite his new attorney going on the cable news circuit to deny that his boss was under investigation.

Legal scholars have debated whether, based on his interaction with former FBI Director James Comey, Trump violated federal law with the intent to “corruptly influence” an investigation. Pundits have pontificated about whether Trump’s lawyer would even know if the FBI was investigating, and whether he should cooperate. However, what’s been pretty much ignored during this entire mess is that even if federal investigators find evidence that Trump committed obstruction of justice, the Department of Justice likely can’t do anything about it. That’s because almost all legal scholars agree that sitting U.S. presidents are immune from indictment for the duration of their presidency. President Trump would likely be off the hook from any criminal prosecution at least for the next four years.

The Department of Justice addressed this in a memorandum by the Office of Legal Counsel (OLC) in 1973. That memo said that prosecution of a sitting President would undermine the power of the executive branch and its ability to function. In 2000, a new memo reviewed that determination and agreed.

“Neither the text nor the history of the Constitution ultimately provided dispositive guidance in determining whether a president is amenable to indictment or criminal prosecution while in office,” the memo reads.

The issue of whether a president can be indicted came up during the 1974 Watergate scandal under President Nixon, and again during the Whitewater controversy under President Clinton. In United States v. Nixon, the U.S. Supreme Court heard arguments about this question when it ordered President Nixon to turn over tapes, but the courts has never issued a definitive opinion. In truth, the law is still bit murky because the Constitution is silent on the issue, but there are indications from the framers that they intended for presidents to be immune from indictment.

“The framers implicitly immunized a sitting president from ordinary criminal prosecution,” Akhil Reed Amar, a law professor at Yale recently commented. “If you’re going to undo a national election, the body that does that should have a national mandate,” he continued.

So does that mean President Trump can’t face repercussions if federal investigators find that he obstructed justice?

No, he could still be impeached. The FBI/DOJ could turn their findings over to a congressional committee, which could begin impeachment proceedings if they feel it’s justified.