Trump’s Boasts of Sending ‘Feds’ to Chicago, But Does He Even Have That Power? 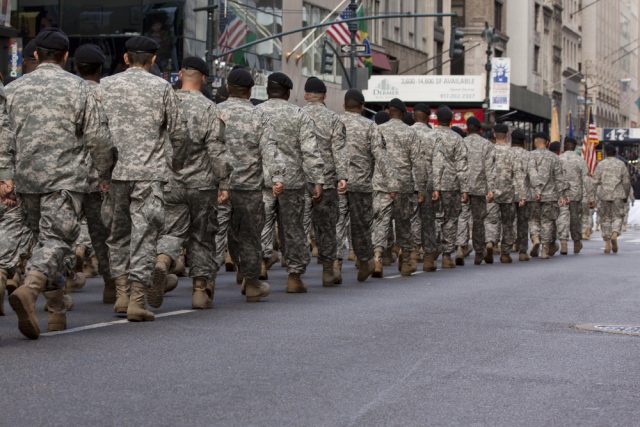 President Donald Trump is no stranger to ruffling feathers through his favorite communication medium, Twitter.  On Wednesday, the new commander in chief fired off a tweet about sending the ‘Feds’  into Chicago to bring down the murder rate.

To many, this conjured up images of President Kennedy sending in federal troops to integrate schools in the South back in the 1960s.  To others, it raised questions about possible violations of the Posse Comitatus Act, enacted after the Civil War and generally misunderstood to totally prohibit U.S. military troops from operating on American soil.

So, LawNewz contacted an expert on the issue who literally wrote the book for the Justice Department during the Bill Clinton administration about when it was appropriate for a president to use federal troops on American soil. Can Trump just send the troops in because of a high murder rate? Is that adequate justification?

Michael Greenberger is now a law professor at the University of Maryland School of Law and heads the school’s Center for Health & Homeland Security.

In an interview with LawNewz, Greenberger explained the general rule of the Posse Comitatus Act is that federal troops — meaning U.S. military — cannot be used to enforce state and local law enforcement orders.  That job is traditionally left to the states, sometimes through the governor activating the national guard.

In other situations, a state governor can request help from the president and ask him to federalize the national guard.  This is the way things typically happen when riots occur and there is widespread civil unrest.  One of the most recent examples occurred in Los Angeles during the 1992 L.A. Riots after the Rodney King incident. Then-President George H.W. Bush was asked by the California governor to federalize the California National Guard.

However, Greenberger says the president actually has the power to federalize national guard troops, regardless of the governor’s wishes.  This happened in 1963 when then-President Kennedy unilaterally ordered troops into the South to enforce civil rights laws.

Another high-profile standoff between a governor’s wishes and the president’s desires came to ahead during Katrina.  Then-President George W. Bush was very reluctant to federalize troops against the wishes of the then-Louisiana governor and the results were disastrous.  While troops were eventually deployed after Katrina, the whole episode basically destroyed Bush’s second term.

Partially as a result of the Katrina standoff, Congress passed Amendments to the Insurrection Act through the Defense Authorization Act in 2007 that Greenberger says clarified the president’s power to act unilaterally in federalizing troops for natural disasters and other domestic emergencies.  However, that amendment was son removed and it was determined that the president could unilaterally act under existing law.

But such unilateral action by the president is only properly triggered when a catastrophic event has “overwhelmed state and local governments,” Greenberger said.

In his opinion, the high homicide rate often cited by Trump is not sufficient justification for unilateral action. In fact, Greenberger said he believes rank and file federal government employees would strongly urge President Trump to rethink decision to deploy federal troops to Chicago.  Furthermore, given reports that Chicago Mayor Rahm Emanuel has already rejected Trump’s help, Greenberger thinks it is likely that any action Trump takes would wind up in the court system — where he would likely lose.

Perhaps this is one reason White House press secretary Sean Spicer already seemed to walked the statement back at the press briefing Wednesday, saying Trump was merely referring to “federal aid.”