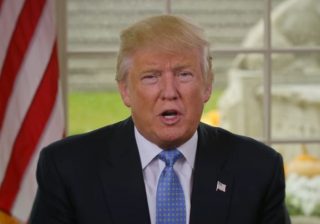 When President Barack Obama took office in January 2009, he had 54 federal judge positions to fill, due to vacancies that remained when George W. Bush‘s presidency ended. Donald Trump stands to have almost twice as many judiciary spots to fill when January 20 rolls around and he becomes the next President. According to the Washington Post, there are currently an estimated 103 open federal judge positions.

At the top of the list, of course, is the Supreme Court vacancy left by the passing of Justice Antonin Scalia earlier this year. Trump has made it clear that he won’t be sticking with Merrick Garland, the current nominee who has been ignored by the Senate who is supposed to hold confirmation hearings on Court picks. The President-elect has listed a number of potential SCOTUS picks, but it remains to be seen if he sticks to it.

White House spokesman Eric Schultz told the Post that of the open spots, President Obama has nominated 25 potential judges, but the Senate left them hanging before leaving for their holiday break. They did, however, receive bipartisan support from the Senate Judiciary Committee, so when the Senate comes back on January 3, they could still be confirmed.

Even if all 25 are confirmed, that still leaves more than 70 open spots, allowing Trump to have a tremendous influence on the federal court system. With so many  GOP issues being tied to judicial matters, such as abortion and gun control, Republicans could be celebrating an even bigger win than they had on November 8, when Trump won the presidency and the party held onto control over the House and Senate.

Of course, Trump spent much of his life as a Democrat, and has appeared to be to the left of much of his current party when it comes to social issues (he was not in favor of North Carolina’s controversial bathroom law). Only time will tell what the nature of his impact on the judiciary will be.