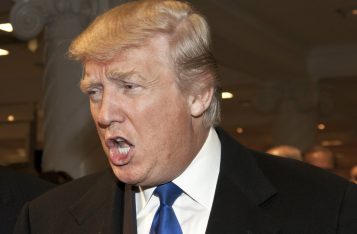 Citing “senior U.S. intelligence official” and a “U.S. official” both Politico and NBC News are reporting  the briefing was always scheduled for Friday. LawNewz.com was also able to verify those two reports early Wednesday morning from a officials with knowledge of the situation.

Donald Trump’s tweets storm picked back up early Wednesday morning when he quoted a recent interview with Wikileaks founder Julian Assange who apparently suggested “a 14 year old could have hacked Podesta.” Trump went on to ask the rhetorical question, essentially “[W]hy was [the[ DNC so careless” with their cyber security, especially if a teenager could have hacked it.

Julian Assange said “a 14 year old could have hacked Podesta” – why was DNC so careless? Also said Russians did not give him the info!

But he did not stop there, this time using Assange’s comments to blast U.S. media coverage and call them “dishonest.”

Trump took a short break to praise Ford Motor Company’s announcement on Tuesday that it would keep jobs in the United States and shelve its plan to build a $1.

But shortly thereafter, Trump was back to talking about the hack and slammed the DNC over their lack of preparedness on to handle such an event.  He also apparently could not help but take another swipe at the media for how they handled the story, suggesting the DNC was given a “pass.”

things they did and said (like giving the questions to the debate to H). A total double standard! Media, as usual, gave them a pass.

It is unclear exactly what he believes the DNC received a “pass” from the media about as it relates to the hacking, though he did mention the issue of Clinton seemingly receiving Democratic Primary Debate questions ahead of time.

Earlier this week, The Washington Post was forced to essentially retract a major report published last week that claimed Russian intelligence infiltrated the U.S. power grid.  Trump seems to be using  The Post’s reversal as a way to fight back against what he sees as a “dishonest press.”

LawNewz.com reached out to a Trump spokeswoman for comment and we will update this story when we receive a response.