Trump Moves to End Trump U Class Action, and You Should Hear His Reasons Why 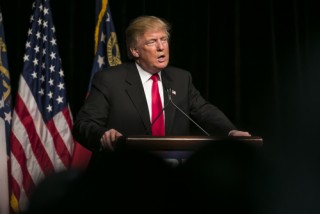 Donald Trump‘s attorneys filed a motion to decertify the class action lawsuit against him, and Trump University. On top of that, Trump wants the entire case dismissed. Former students at Trump University filed suit claiming the entire school was a complete fraud.

Decertification of a class action basically means that Trump is hoping that federal Judge Gonzalo Curiel will take away the plaintiffs’ status as a “class” under the law. Trump contends that new evidence has emerged including the depositions of former students that work in his favor. His attorneys point to one former student who testified, “You have to be pretty thick-skulled to think it was a university. For goodness sa[k]es. I mean, a university is a four-year degree. I knew it was a business seminar.” The argument Trump is trying to make is that these students really can’t say they were harmed or fooled by the school if they knew perfectly well what they were getting into.

Here are some reasons Trump’s attorney, Daniel Petrocelli, gave to the judge for why he believes this case shouldn’t move forward as a class action:

You can also read the full court filing below:

Trump’s attorneys argue that it is proper “to decertify a class when case developments or evidence collected during discovery” shed new light on the case. On top of that, they are hoping a judge will grant a motion for summary judgment, which would basically put an end to the case. “(Trump University) did not misrepresent its accreditation status or business model. TU fully disclosed that it granted no degrees or academic credits, held its business seminars in hotel ballrooms, and universally marketed live events as practical real estate ‘workshops,'” Trump’s attorneys contend.

However, the plaintiffs in the case contend the University was purely a scheme to lure people into forking over cash. “In my experience, the primary goal of Trump University was not to educate students regarding real estate investing. The primary focus seemed to make money as quickly and easily as possible,” one former Trump U worker wrote. Judge Gonzalo Curiel is presiding over the case (the judge who has been targeted by Trump). LawNewz.com is following this case closely and will update when the plaintiffs’ respond to Trump’s motions.