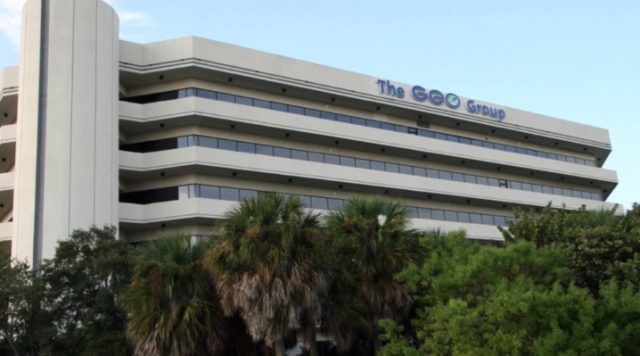 The Federal Election Commission (“FEC”) is allegedly turning a blind eye to influence peddling orchestrated by a private prison company which made illegal contributions to a pro-Trump Super PAC.

GEO Group is one of America’s largest private prison contractors. During the 2016 general election, GEO Group contributed $225,000 to the pro-Trump Super PAC, Rebuilding America Now. In the aftermath of Trump’s election, the president rescinded the Obama-era rule that would have slowly phased out federal private prison contracts. The administration later awarded GEO Group some $110 million as part of a new federal contract to build and administer a 1,000-bed immigration detention center in Conroe, Texas.

After discovering this apparent violation of federal election law, the CLC filed a complaint on November 1, 2016 alleging an illegal violation of the Federal Election Campaign Act (“FECA”), located at 52 U.S.C. § 30119(a)(1). The CLC supplemented their initial complaint with a letter sent on December 20, 2016.

Adav Noti, senior director of trial litigation at CLC, and the FEC’s former associate general counsel for policy, said, “The contractor ban is essential to prevent companies from using campaign contributions to buy government contracts, and that ban must be enforced. This is why we need an effective FEC. If the agency sits on its hands, the law is not worth the paper it is printed on.”

If the FEC doesn’t enforce the 75-year-old contractor contribution ban against companies like GEO Group, then taxpayer-funded contracts become an obvious way for politicians to reward their deep-pocketed campaign supporters. As the FEC continues to delay taking action, GEO continues buying influence with illegal contributions. With the 2018 elections quickly approaching, the FEC must make clear that private prison companies and other contractors cannot expect to violate the law and get away with it.