Trump Admin Pushes Back Hard on Reports They Are Fighting For Whites (It’s Asians!) 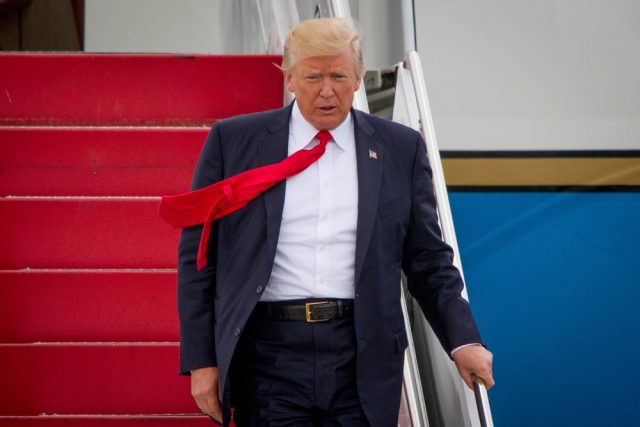 Who to believe, The New York Times or the Trump administration? Well, they both have totally different stories about the reported efforts to tackle affirmative action at universities. The Times claims that the Department of Justice is planning to fight affirmative action admissions policies “deemed to discriminate against white applicants.”

The Times reporter said he obtained an internal memo showing that the DOJ was seeking attorneys for “investigations and possible litigation related to intentional race-based discrimination in college and university admissions.”

The Trump admin says that is fake news. In a statement released by the DOJ, a spokesperson claims the DOJ sought volunteers to investigate one administrative complaint filed by a coalition of 64 Asian-American associations that the Obama administration left unresolved.  They called reports otherwise “inaccurate.”

“The complaint alleges racial discrimination against Asian Americans in a university’s admissions policy and practices. The Department of Justice has not received or issued any directive, memorandum, initiative, or policy related to university admissions in general. The Department of Justice is committed to protecting all Americans from all forms of illegal race-based discrimination.”

Well, The New York Times, which first reported the news, is basically sticking with their story. A new NYT report published on Thursday said that some Civil Rights Division employees “greeted” the department’s statement with “skepticism.”

“I am skeptical of the explanation that this detail announcement would be for the investigation of one single complaint,” said Justin M. Levitt, a former deputy assistant attorney general in the division in the Obama administration told The Times. “To have that structure to investigate a single complaint, outside the normal chain of command for career attorneys who investigate these sorts of complaints all the time, that’s quite weird.”