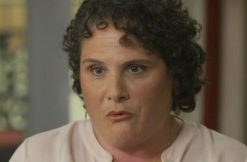 The defamation lawsuit against Rolling Stone and one of their writers is scheduled to begin Monday in a federal courtroom. University of Virginia dean Nicole Eramo is suing over a 2014 article “A Rape on Campus: A Brutal Assault and Struggle for Justice at UVA.” It told the story of one student’s harrowing alleged gang rape by frat boys, and the school’s and Eramo’s alleged indifference.

But The Washington Post started their own investigation, and it provided information that challenged the veracity of the report. RS filed a full retraction on April 5, 2015, after The Columbia University Graduate School of Journalism looked into this, and declared that author Sabrina Rubin Erdely made fundamental mistakes in her research.

“They involve basic, even routine journalistic practice – not special investigative effort,” the review board wrote. “And if these reporting pathways had been followed, Rolling Stone very likely would have avoided trouble.”

“They made it look like I used the trust of young women to cover up rapes, and that was so far from anything I would ever do,” Eramo said in a 20/20 Friday report. She seeks almost eight million dollars in damages before attorney fees.

But Rolling Stone continues to fight this. Here’s a statement from this week, obtained by ABC:

Dean Eramo’s lawyers are attempting to shift the focus of her lawsuit in the media to Rolling Stone’s reporting errors surrounding Jackie, which is not the basis of her lawsuit. In fact, a multiyear review of sexual violence at UVA by the U.S. Department of Education found Dean Eramo to have specifically contributed to the university’s hostile environment for sexual assault victims — an assertion much more critical of Eramo than any statement from the article. The depiction of Dean Eramo in the article was balanced and described the challenges of her role. We now look forward to the jury’s decision in this case.

So can Eramo win this, even with the benefit of a full retraction? It might be more complicated than that, LawNewz.com founder Dan Abrams told Good Morning America in his legal analysis on Friday.

He mentioned that Rolling Stone won some vital pre-trial motions.

He also cited a Department of Education report that takes UVA to task for mishandling sexual assault claims.

“And she was the person responsible, Rolling Stone will argue, for those sorts of reports,” he said. “They’re going to say a lot of what we said about her was true. And those are two very serious issues for her.”

ABC’s Amy Robach asked if the retraction will convince the jury to award damages as “punishment.” Maybe, but Abrams pointed out that who’d get the money would have to be sorted out in court.

The fraternity in question, Phi Kappa Psi, has also sued the outlet. That’s an ongoing lawsuit. Three individual frat members also filed their own complaint but that was dismissed in June.

And yes, the U.S. Department of Education’s Office of Civil Rights has taken UVA to task. And this was months after Rolling Stone retracted their article. On September 21, 2015, they and the school announced an agreement, in which the school reemphasized its commitment to addressing sexual assault and harassment complaints.

From the joint statement.

During academic years 2008-09 through 2011-12, and with respect to three specific concerns identified after the 2011-12 academic year, OCR found UVA to be in violation of Title IX for failing to promptly and equitably respond to certain complaints of sexual violence, including in instances in which the university did not promptly investigate information in cases that involved fraternities. OCR also found a basis for a hostile environment for the affected students and that the university failed to take sufficient steps to eliminate a hostile environment and prevent its recurrence for the portion of the investigation that OCR completed.

But the statement said the school was shaping up. Said UVA President Teresa A. Sullivan:

By signing the resolution agreement, we have reaffirmed our commitment to continue taking steps we believe to be an important part of effective responses to sexual harassment and assault — urgent and complex societal issues of national importance that are challenging institutions of higher education and beyond. We have already implemented many of the measures identified in the agreement.

A 2015 report by RAINN (Rape, Abuse & Incest National Network) said that college women, age 18-24, are three times more likely to face sexual violence than other women. Even male students of the same age are more likely than male non-students to be sexual assault survivors as well.

But what’s the cultural and legal takeaway here? Generally speaking, students and campus administrators are now more willing to take sexual violence claims—historically under-reported for reasons including fear of reprisal, or lack of faith in law enforcement—as seriously as any other allegation. But there has been push back. Alleged assailants have sued, asserting that schools have trampled on due process and were quick to judge.