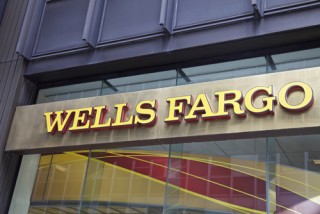 This is just a staggering story, especially if you are a customer at Wells Fargo. The bank was fined $185 million, including a $100 million penalty with the Consumer Financial Protection Bureau for opening up 1.5 million bank accounts that were not authorized by customers. Oh, and these bank employees also applied for 565,000 credit cards (also not authorized by customers).

Regulators told The New York Times that the bank employees were motivated to open these phony bank accounts because they got compensated for drumming up new business.

“Unchecked incentives can lead to serious consumer harm, and that is what happened here,” Richard Cordray, director of the Consumer Financial Protection Bureau told the The Times.  Investigators believe the scheme has been happening since at least 2011.  5,300 Wells Fargo employees were fired over the bogus accounts.

This whole thing is like a caricature of bad bank behavior https://t.co/QU6AKFmtfR

“At Wells Fargo, when we make mistakes, we are open about it, we take responsibility, and we take action,” the bank said in a memo to employees and obtained by CNNMoney. In addition to notifying clients, the bank is also required to make some internal policy changes.