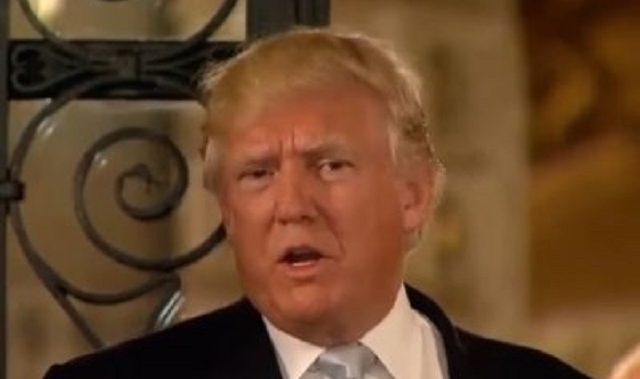 A law professor once gave wise advice about the misuse and abuse of impeachment. “The lesson of this whole saga is that impeachment is not a tool you play with easily without casting more aspersion on yourself than on your target.” Who gave that prescient advice? Harvard Law Professor Laurence Tribe in 1999 to Ruth Marcus at The Washington Post. Tribe would be wise to heed his own advice, as he makes a mockery of himself toying with impeachment as soon as Trump was elected.

Back in 1998, Professor Tribe sharply condemned the attempt to use impeachment to subvert democracy. It turns out he really meant to sharply condemn impeachment only when used to subvert Democrats. Now, in between channelling the HUAC committee, wanting to apply RICO to the Presidency, and spreading conspiracy theories about little red ruskies everywhere, Tribe is obsessed with an anti-democratic means of removal of the President. Professor Tribe claimed novel theories of electors being able to subvert the election; their lawsuit claims were unanimously rejected by state and federal courts, in liberal jurisdictions, by mostly Obama’s own appointees. In between, Professor Tribe made a historical legal claim the emoluments clause forbid businessmen from the White House if anyone in a foreign government employment ever buys a product or uses a service of their business (which would be a shock to presidents from Washington to Jefferson, Roosevelt to Kennedy, all of whom had ties to substantially wealthy enterprises likely utilized by foreign employees somewhere). The latest in this venture down the rabbit hole of liberal lawyer logic, Professor Tribe attacked Professor Jonathan Turley on whether tweeting can be an impeachable offense. This is another way of saying Professor Tribe thinks the speech of the current President can be a “crime.” Tribe made this accusation by tweeting, of course.

Back in 1998, Tribe admitted the legal history of the Constitution requires a very limited use of impeachment proceedings to only reach crimes committed in office, and then only crimes analogous to treason or bribery. In a letter he co-authored to Congress, Tribe argued that removal by impeachment for conduct unrelated to abuse of public office would “mangle the system of checks and balances that is our chief safeguard against abuses of public power.” To use impeachment so would “leave the Presidency permanently disfigured and diminished, at the mercy as never before of the caprices of any Congress,” his fellow historians claimed. Impeachment must be limited to “great and dangerous offenses” and “limited to abuse of public office, not private misconduct.” Supporting Clinton’s legal team’s argument, it was argued then that “allegations of dishonesty do not alone state impeachable offenses.”

Congress itself recognized this restriction on the use of impeachment in prior proceedings concerning both Nixon (where a Democratic Congress recognized tax evasion was not impeachable and the now liberal beloved Hamilton, whose private financial dealings were seen as irrelevant to impeachment). Needless to say, if personal financial corruption, perjury on a tax return and perjury-while-President in a civil case do not constitute an “impeachable offense,” then tweeting about your beliefs of prior government misconduct of a prior President cannot constitute an “impeachable offense.”

In an evident example of motivated reasoning and partisan blindness, Tribe appears to abandon all of the legal principles he claimed for decades, due to his apparent obsession with reversing Trump’s election. Tribe literally claims that a tweet can be “impeachable.” In 1999, Tribe argued all legal history showed actual perjury in a pending civil case could not be impeachable, but making a tweet Tribe disagrees with is suddenly impeachable? How low will he reduce the standards? How far will anti-Trump hysteria take the liberal legal profession?  As Tribe himself forecast, his impeachment rants are casting more aspersions on himself, his scholastic legacy, and his perceived objectivity on the law, than he is effective in aspersing Trump.

In the end, Tribe’s own favorite quote from Descarte is well applied to Tribe’s latest impeachment theory: “I think not.”

Robert Barnes is a California-based trial attorney whose practice focuses on tax defense, civil rights and First Amendment law. You can follow him at @Barnes_Law