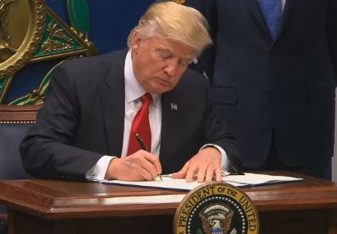 A federal judge in Hawaii scheduled a hearing for next week to hear oral arguments on the state of Hawaii’s attempt to block the revised Trump travel ban.

According to court documents viewed by LawNewz, U.S. District Court Judge Derrick Watson (an Obama appointee) set oral arguments next Wednesday at 9:30 AM local time in Honolulu.  The state of Hawaii has requested a temporarily restraining order to prevent implementation of significant parts of the revised travel ban.

Trump’s new order, signed on Monday, changed the original order by removing Iraq from the list of nations where visa applicants would face extreme vetting before entering the country and no longer applies to existing visa holders.

Hawaii’s lawsuit is one of several newly filed challenges to the new Trump order.