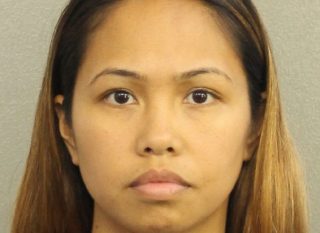 Police in Tallahassee, Florida arrested a woman on Saturday who allegedly helped arrange a murder-for-hire plot that targeted Florida State University law professor Dan Markel. Markel was shot in the head twice and killed in his car at home in July 2014. The suspect, Katie Magbanua, was arrested for first-degree murder, according to police, and appeared in court Sunday morning.

Police have alleged that Markel’s death was related to his divorce from Wendi Adelson, and Adelson’s family wanting her to move closer to them with their children. Markel had won a court battle to keep her from relocating with the kids.

Magbanua’s lawyer, Tara Kawass, said, “There was no reason to arrest her like this,” noting that her client has no criminal record and is a single mother. “Our sole priority right now is getting her on bond so she can take care of her two kids.”

Two other suspects, Sigfredo Garcia and Luis Rivera, were arrested for Markel’s murder earlier this year. Magbanua allegedly connected Garcia and Rivera with Adelson’s family. According to ABC News, Magbanua had been in a relationship with Wendi Adelson’s brother. No one in the Adelson family is currently facing any charges.