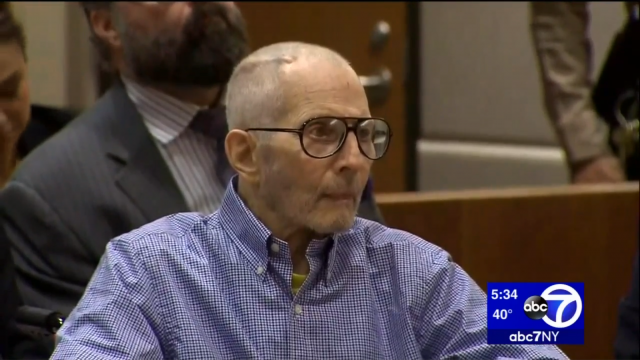 Testimony is being taken in case something happens to them before trial.

Deputy District Attorney John Lewin says the courtroom should be open to the press and he asked for a full hearing on the matter.

Judge Mark Windham allowed Bagli to stay in the courtroom for another witness, but says he’ll take up the matter before the “secret witness” is called.

Prosecutors called an 85-year-old New York City doctor Tuesday as a conditional witness in case something happens to him before trial.

Dr. Albert Kuperman worked at the medical school where Durst’s first wife was a student when she disappeared in 1982.

Durst is charged with murder in the 2000 death of a friend who was his unofficial spokeswoman after his wife went missing.

The 74-year-old Durst walked into court for the first time. He has previously been rolled in by wheelchair.

Prosecutors also plan to call a secret witness they haven’t publicly named who they say fears Durst could have him killed.