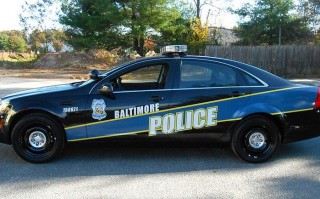 The expression “shocked, but not surprised” is probably the best way to sum up how you’ll feel when you read the Department of Justice’s 164-page report on the numerous systemic issues within the Baltimore Police Department. The opening to the DOJ’s press release kind of says it all:

The Justice Department announced today that it found reasonable cause to believe that the Baltimore City Police Department (BPD) engages in a pattern or practice of conduct that violates the First and Fourth Amendments of the Constitution as well as federal anti-discrimination laws.  BPD makes stops, searches and arrests without the required justification; uses enforcement strategies that unlawfully subject African Americans to disproportionate rates of stops, searches and arrests; uses excessive force; and retaliates against individuals for their constitutionally-protected expression.  The pattern or practice results from systemic deficiencies that have persisted within BPD for many years and has exacerbated community distrust of the police, particularly in the African-American community.

In light of all of the attention that the BPD got in the aftermath of the death of Freddie Gray in police custody, this is all kind of what we expected. Unfortunately, there’s more: according to the report, sexual assault victims specifically were not exactly well cared for by the BPD. Officers reportedly made a habit of victim blaming, with sex crimes detectives asking questions like, “Why are you messing that guy’s life up?” Police would also contend “that they discredit the reports of victims who delayed in reporting the assault to the police,” which the DOJ says “suggests gender bias by the detectives.”

The DOJ was “troubled by statements of BPD detectives suggesting an undue skepticism of reports of sexual assault.” For example:

There was also evidence that the BPD tended to disregard sexual assault complaints from sex workers. In one such case, where “the suspect’s interview was almost entirely consistent with the victim’s account of the assault,” the cops made no further effort to find corroboration, resulting in just a weapon-related charge for the suspect. Perhaps thanks to that less than enthusiastic approach to investigation, Baltimore’s closure rate for sexual assaults is “roughly half” of the national average, and the BPD only requests testing on one in five rape kits.

It just keeps going and going. “In the majority of BPD’s sexual assault cases, BPD fails to pursue investigations beyond the immediate, preliminary response to a report of sexual assault.” You can guess what happens from there:

One sexual assault case, for example, was identified by BPD as “open,” despite the fact that there had been no activity on the case since February 2013. In this case, there had been no request for a lab test kit, no follow-up with the suspect’s lawyer to interview the suspect or test DNA, and no indication of communication with the victim over the past three years. Indeed, it appeared from the file that communication with the victim, and BPD’s investigation of the case, had slowed and ultimately stopped after the suspect hired a defense attorney.

The narrative of Baltimore sex crime investigators being lazy and/or cynical continues. The report showed that there was “[L]ittle, if any, effort to corroborate victims’ accounts of their assaults, either by identifying and interviewing witnesses, gathering other types of evidence, or identifying and interrogating suspects.” If the first try at contacting a witness fails, “[the] BPD almost never make a second attempt to contact those witnesses.”  The same attitude applies to evidence and even finding suspects. These cases were cited in the report:

In addition, patterns indicating serial rapists were rarely followed up on. If that’s not troubling enough, according to a popular study alluded to in the report, two out of three rapists are serial rapists). At this point, it probably doesn’t surprise you to learn that the documentation of witness interviews, victim statements, etc. in case files was woefully inadequate.

The issues in the Baltimore Police Department run deep, and they cover a whole lot more than race.