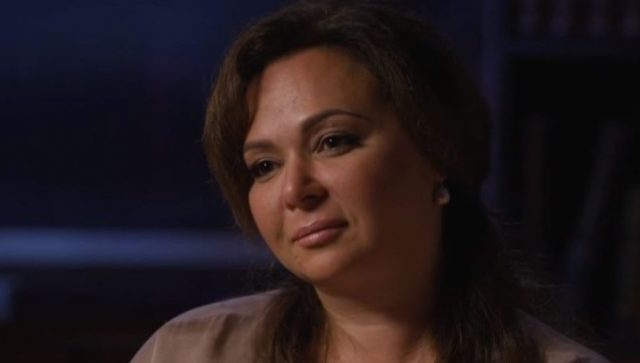 Well this just keeps getting better and better. Earlier this year, the U.S. Department of Justice was about to go to trial in a case against Prevezon, a Russian real estate company owned by Denis Katsyv, which was accused of laundering millions of dollars through New York City property. Two days before trial, in May, the case settled. Cases settle all the time, but a few details in this one are raising eyebrows.

For starters, the Katsyv family lawyer just happened to be Natalia Veselnitskaya, the same Russian lawyer who famously met with Donald Trump Jr. the previous summer, has gotten the attention of Democrats on House Judiciary Committee. The Committee members sent a letter to Attorney General Jeff Sessions on Wednesday, asking just what the heck happened.

“We write with some concern that the two events may be connected,” the letter says, “and that the Department may have settled the case at a loss for the United States in order to obscure the underlying facts.”

On top of that, the U.S. Attorney for the Southern District of New York when the case was first filed there in 2013 was none other than Preet Bharara. Yup, the same Preet Bharara who President Trump famously fired, roughly two months before the DOJ settled the Prevezon case. Now, this wouldn’t bother me at all, if the settlement didn’t seem to come out of nowhere.

Indeed, even Prevezon was caught off guard by the settlement offer. At the time, a spokesman for their legal team told Business Insider, “It was a surprise,” explaining, “We were getting ready for opening statements and fully expected to try the case. In fact, we were looking forward to it.” The spokesman said that the company “reluctantly agreed” to take the DOJ’s offer when the realized it wouldn’t cost them any more than the trial would, and that they didn’t have to admit guilt or give up any assets. “Essentially, the offer was too good to refuse.”

According to the letter signed by 17 House Democrats, the DOJ had been seeking $230 million in the case, and settled for less than $6 million. The letter doesn’t ask any questions about whether the case had anything to do with Bharara’s dismissal, but I can’t help but wonder, considering that Trump had initially wanted Bharara to stay on in his administration, only to make a quick about face soon before this case went away. We still don’t have any solid answers as to why the President changed his mind.

The Congressmen who sent the letter focus on Veselnitskaya, and what—if any—influence she had on the case’s settlement negotiations (at the time, she told a Russian publication that the settlement was “almost an apology from the government”).

The letter also seeks information regarding whether President Donald Trump, his family, campaign, or White House staff discussed the case with the DOJ. The Democratic Representatives also ask Sessions if he personally discussed Prevezon with Trump’s transition team when they were considering him for the AG job, and if he spoke about Prevezon during his conversations with Russian Ambassador Sergey Kislyak.

What started as a mostly partisan effort to attack the Trump administration based on little hard evidence is now becoming harder and harder to ignore. More and more puzzle pieces keep popping up, and while we don’t know what the final picture will be, it’s looking to be a lot bigger than we once thought.

The DOJ told LawNewz.com that they aren’t commenting on the matter.

Letter to AG Sessions (7.12.17) by natasha bertrand on Scribd