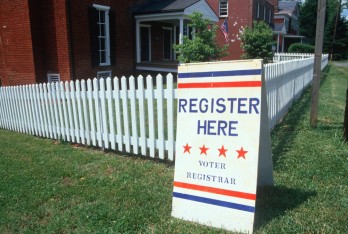 “Safeguarding the integrity of our elections is essential to preserving our democracy,” Attorney General Paxton said in a statement.  “Voter ID laws both prevent fraud and increase the public’s confidence in our elections. Texas enacted a common-sense voter ID law and I am confident that the U.S. Supreme Court will ultimately reinstate it.”

The petition asks the Supreme Court to decide two questions:

1. Whether Texas’ voter-ID law “results in” the abridgement of voting rights on account of race.

2. Whether judgment should be rendered for petitioners on the claim that Texas’ voter-ID law was enacted with a racially

The petition also claims the recent 5th Circuit Court of Appeals decision in the case creates a split amongst the Circuits.

“But the Fifth Circuit below (and later the Fourth Circuit) created a split by holding that a voter-ID law violates §2 based solely on a statistical racial disparity in preexisting ID possession, the general correlation of race and socioeconomic status, and a ninefactor analysis developed for vote-dilution claims,” the petition states.

The 5th Circuit struck down the voter ID law earlier this year, finding the law had a “discriminatory effect on minorities’ voting rights in violation of Section 2 of the Voting Rights Act.”

The appeal to the Supreme Court will not affect the upcoming election.  Texas is currently fighting with the Justice Department over the application of a court ordered interim remedy for the November election.