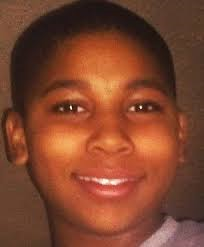 The Cuyahoga County prosecuting attorney made national headlines in December when he announced that a grand jury declined to file criminal charges against the officers who shot 12-year-old Tamir Rice. Here’s the thing, apparently, a grand jury may have never even taken an ‘official’ vote on whether to indict him or not.  That revelation comes thanks to the diligent reporters at the Cleveland Scene. They asked for a copy of the “no bill”  — evidence of the vote not to charge – and found no such document existed.

In fact, it is just not clear what procedural mechanism the grand jury used to come to the conclusion they were not going to charge the officers.

“What they voted on was the justification issue, when they agreed presumably that it was justified use of deadly force, there was no need for a vote on criminal charges.  The Grand Jury never got to the stage of voting down the indictment,” Joseph Frolik from the Cuyahoga County Prosecutor’s Office clarified to LawNewz.com

Rice was killed by an officer who mistook his toy gun for the real thing.  The incident sparked outrage nationwide.

Here is what the Cuyahoga County Prosecuting Attorney said back in December about the decision not to press charges:

“Based on the evidence they heard and on the law as it applies to police use of deadly force, the Grand Jury declined to bring criminal charges against Cleveland Police Officers Timothy Loehmann and Frank Garmback,” Cuyahoga County prosecutor Tim McGinty said in a press release.

This led many, including the Rice family, to believe the grand jury actually voted to ‘no bill’ the charges — or not go forward.

“We were left with the impression that although the prosecutor made a recommendation to the grand jury (not to prosecute), that it was the grand jury who decided there was no indictment. Now we come to find out that’s not the case,”  the Rice family attorney Earl Ward told LawNewz.com.

“This confirms what we’ve always suspected since this process began that it was a charade and a farce.  The desire to seek justice was simply a charade,” Ward said.

But, late Wednesday evening, the Ohio prosecutor fired back. In a lengthy statement, he described how the process for this kind of grand jury investigation worked:

If the Grand Jury votes that the use of force was not justified, then it will consider criminal charges and return a true bill or a no-bill on those charges. On December 28, 2015, the Grand Jury reported to the court this finding “In re: Investigation of the November 22, 2014, shooting death of Tamir Rice of Cuddell Recreation Center.  The Grand Jurors have concluded (their investigation).. and declined to issue charges.” (Signed by Jury foreman)

It is worth noting that nowhere in the statement does prosecutor’s office say that an official vote on the indictment was taken by the Tamir Rice grand jury. The statement simply lays out the protocols for this type of grand jury investigation and goes on to say that the grand jury declined to prosecute. It leaves open many questions, including:  Did they take an informal vote on whether or not to prosecute? What was the result? Were they ever presented any charging papers?

Prosecutor Tim McGinty made it clear that he did not believe there was enough evidence to prosecute the two officers involved. What exactly did he say to the grand jury? Did this influence their decision?

“This is an highly unusual situation. I would expect a vote but grand jury procedures very state to state. The prosecutors have now explained their procedure in Cuyahoga County. Because this case is so politically charged, though, some may want further clarification of how, procedurally, the jurors decide to decline to issues charges — a step before voting a true or no bill,” said LawNewz.com’s Editor-at-Large Beth Karas, “perhaps a transcript of the proceeding would answer that.”

Typically, grand jury proceedings are secret, but, in some instances, the transcripts are released. For example, in Ferguson, Missouri, the full transcript was released after a grand jury there declined to issues charges against Officer Darren Wilson for shooting Michael Brown.  In the Ferguson case, the grand jury did vote and issue a “no bill.” That is the more typical procedure.

“We started a similar policy in Franklin County [Ohio] but we always had the grand jury no bill it or true bill it,” Mike Miller, a former prosecutor from Franklin County, Ohio told LawNewz.com. “To me this isn’t really a big deal, what is the difference between ‘we decline to proceed with charges’ and voting on not brining charges?”

For Tamir Rice’s family, though, there are many unanswered questions about what happened behind those closed doors.